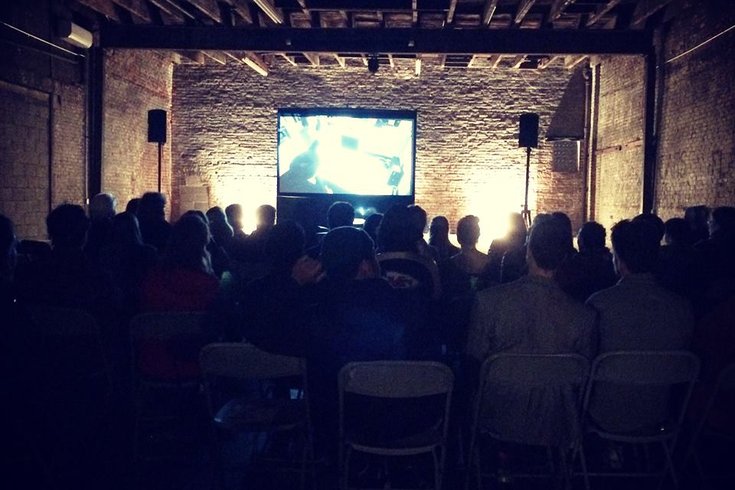 “We’re doing screenings in non-traditional spaces. We aren’t funded. This is all a labor of love and passion. I believe the cinema can be built wherever.”

To say that Philly resident and self-described film geek Sarah Mueller is passionate about movies would be an understatement. As founder of CineSPEAK, a non-profit organization that brings film into neighborhoods by screening unconventional films in unconventional places, Mueller and her small staff of volunteers, create community cinema that lives outside of the movie theater.

“I have always loved movies. I grew up in a big movie-watching family. Every weekend, we could be found in the aisles of Blockbuster video, arguing over selections," Mueller said. "We also went out to the movies occasionally. There was an old restored theater in Annville called The Allen. Super dope, single screen that only played one movie at a time like back in the day. I ended up deciding to study film in college.” 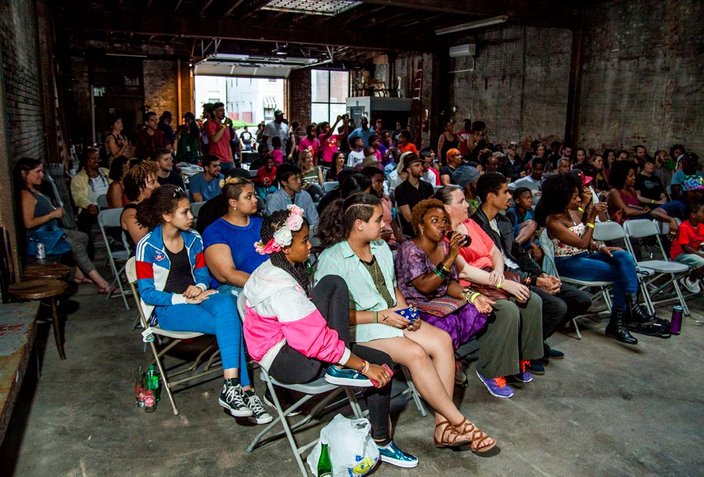 The crowd watches on at CineSPEAK's June 2015 "Shake the Dust" event.

Upon graduating from The University of the Arts with a BFA in Film and Video Production, Mueller took a job working for the legendary (now defunct) TLA Video store on 15th & Locust.

“That changed my world. We got free rentals all day, everyday. It was all at your fingertips!”

After a tenure working with West Philly’s Scribe Video Center and volunteering with the BlackStar Film Festival, Mueller launched CineSPEAK in 2013. CineSPEAK’s aim is to bring cinema directly to communities and the organization’s methods are thoroughly DIY.

“So Scribe and BlackStar are my biggest lived influences. With CineSPEAK we are not trying to recreate the wheel. We want to build on and add to this type of important film programming coming into our great city.”

With a diverse programming style that gives light to under-appreciated films as well as the occasional mainstream sleeper, CineSPEAK’s public screenings are lively affairs in which documentaries are screened in bars and your favorite off-beat comedy may pop up in an art gallery.

“It doesn’t have to be in a fancy movie house, where you’re paying $10+ a pop. It’s about being with people. Old friends, neighbors, strangers etc. Everyone is experiencing the story unfold in real time as a collective,” Mueller said. 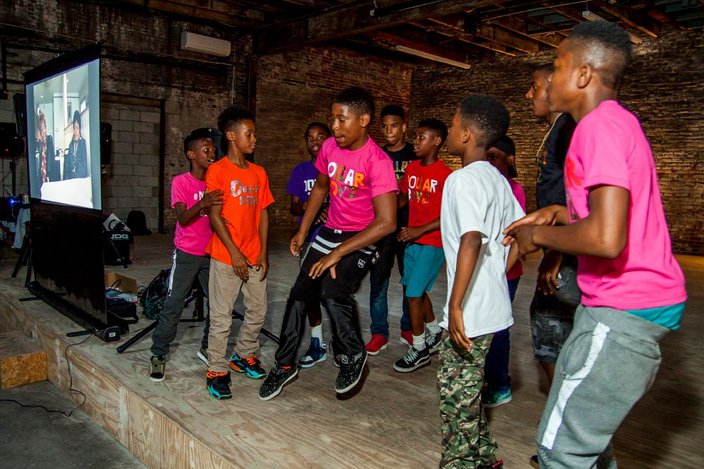 In the wake of Jada Pinkett-Smith’s call for a boycott of the 2016 Academy Awards due to a lack of racial diversity, CineSPEAK has launched the "Boycott The Oscars" series. "Boycott The Oscars" will feature a classic cinematic work by a director or cast that was snubbed by the Academy. Kicking off the series is the Feb. 28 screening of Spike Lee’s 1986 feature debut, "She’s Gotta Have It," followed by a panel discussion on race and film moderated by writer and artist Misty Sol.

“I have always loved the Oscars. Mostly because I’m just a big film nerd," Mueller said. "So, this past year, I was again following all the buzz surrounding which films might be nominated. I made sure to catch a bunch of them in theaters. And then the nominations hit and, not to my surprise, in every major category…nothing but white folks. That’s why [we made] "Boycott The Oscars," because black and brown folks in film have been doing their thing for a long time. I want to celebrate those artists, actors and filmmakers whose work has been grossly overlooked.”

Showing solidarity with the countless number of black and brown actors, directors and writers who have been historically under represented by the Academy fits well with CineSPEAK’s mission to use film as a means to inform and affect social change.

“When you have the means to speak out on any one of the major social ills of today, it’s my conviction that you gotta use it," Mueller said. "CineSPEAK doesn’t have much of a platform just yet, but we wanna let Philly know that this is what we’re about and this is what we stand for.”