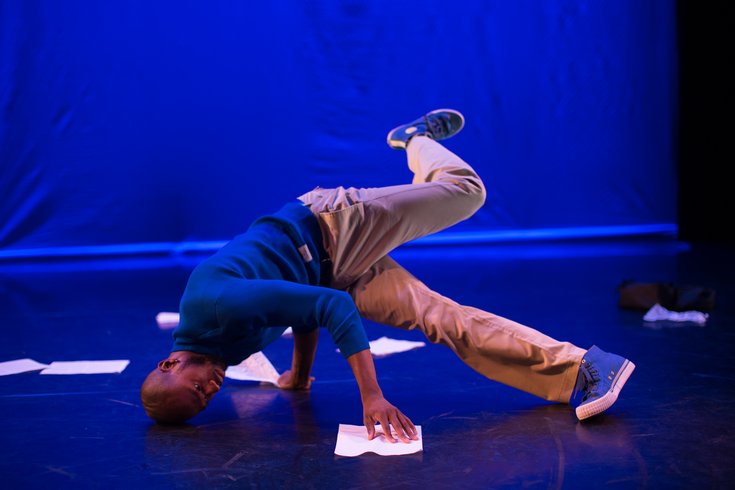 When "The Unofficial Guide to Audience Watching Performance" returns to Philadelphia this week, audiences won't know what to expect. Sure, the Raphael Xavier creation has hit the Philly stage before, previously landing at the First Person Arts Festival in 2013. But the show is a combination of break dance, poetry, hip-hop, spoken word and choreography that's entirely Xavier's own.

The self-taught dancer and choreographer has been breaking since 1983 and has spent much of his career exploring new ways of movement, infusing his style with a barrage of influences he's collected over his 45 years. The Philly-based artist's unique, ever-evolving form of dance theater has garnered him grants, fellowships and numerous accolades. But, as anyone watching a break dance performance might realize, breaking is often a younger man's game. It's exactly this, the disparity between his love for the art and its youthful nature, that takes center stage in "The Unofficial Guide."

A semi-autobiographical show that he began developing in 2010, "The Unofficial Guide" stars Xavier as an aging career dancer who finally succumbs to pressure to find steady work and becomes a substitute teacher. Though Xavier is joined on stage by dancers Cameron Beckham and Jerry Valme, it's the audience that populates much of his classroom. The teacher connects with students on stage and off, finding new ways to incorporate performing into his life.

The work is interactive and combines many different artistic genres, but it didn't start out that way. Its seeds were planted when Xavier held a residency at Philly's own Susan Hess Modern Dance and began working with choreographer Ralph Lemon. He was working on a more stage-focused show when things went awry.

"I did a performance that we were supposed to do in that residency, and my dancers didn’t show up for the performance," Xavier recalled. "So I’m getting frustrated in the moment, didn’t know what to do, just had to get around it -- so I started doing things with the audience and playing with them and describing what I was going to do and then begin to do it, and they were laughing.

"I didn’t think it was funny because I was hurt and embarrassed and I didn’t have a performance, but they thought it was funny. So I was like, maybe there’s something in that that I can use." 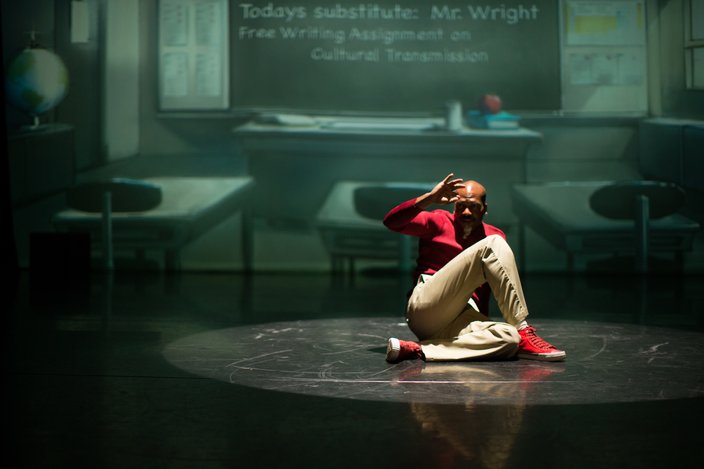 A Pew Center for Arts & Heritage grant came and Xavier continued working on the show with Lemon. Eventually, it coalesced into its current form with a run at Dance Center of Columbia College Chicago.

While much of "The Unofficial Guide" pulls in parts of Xavier's past, like learning to break in his school days and growing up with the movement, he was actually never a substitute teacher. Instead, he developed the character as a construct so that he could couch the performance in a school setting while giving himself the flexibility to show multiple facets of his life. But while Xavier was never a sub, he did eventually find his way in the teacher's chair, so to speak: He's now a dance lecturer at Princeton University's Lewis Center for the Arts.

"In a [post-show] Q&A, someone once said, 'You’re a real professor! I can see you teaching as a career.' And I said 'Nah, I don’t want to be a damn teacher; I’m not interested in that.' And now I’m a damn teacher at an Ivy League school," Xavier said with a laugh.

Then again, as a child, Xavier never predicted he'd end up as a professional dancer, either, until the breaking movement swept him up in his teens.

"It kind of took over my life in an uncontrollable way and it became my livelihood," he said. "I didn’t expect that to happen. I thought I would be like a great athlete or a photographer or something, not a dancer."

Though it took a bit for the breaking movement to catch on, eventually, the school grounds where so many learned their skills became a no-go zone for break dancing. Xavier and other dancers had to find alternative ways to practice and learn more -- like cutting class and hiding out. 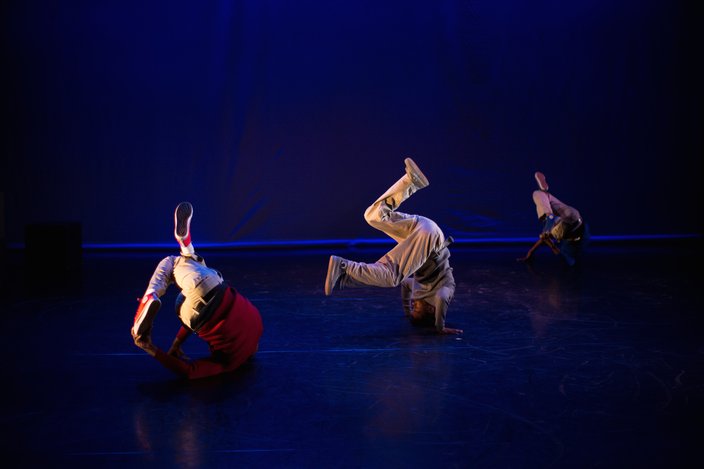 "I did a lot of those really interesting, stupid things just for fun," Xavier remembered. "But when I look back on it, it wasn’t for fun. It was for this moment. It was for where I am right now in my life as a dancer."

And where he is right now as a dancer is the heart and soul of "The Unofficial Guide." Though there's nothing too personal about his life in the storyline, per se, when asked if he feels vulnerable onstage during the show, he says yes.

"It’s vulnerable because I put myself on stage where I have to perform through damn near 80 percent of the work. There’s me being seen where I’m out of breath and I’m winded and I don’t know if I can go through the whole thing without looking tired and stuff like that," he said. "That’s vulnerable to me. I don’t ever want people to see me as weak or at a bad show or, 'He shouldn’t be performing anymore.' I can’t stand that.

"This show also keeps me on my toes."