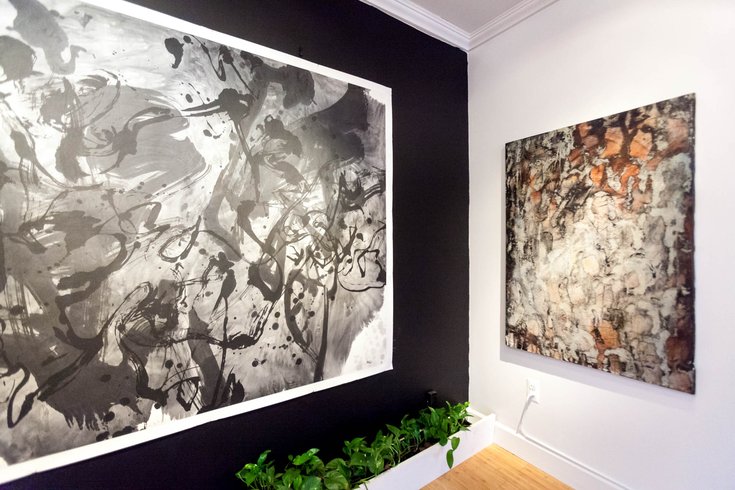 Ink paintings from Chinese artists Yu Si, left and Wu Jun. E-Moderne Gallery is the first gallery in the United States to show their works.

Old City's E-Moderne Gallerie is a small gallery with a big footprint.

A modest 900 square feet, tucked in a relatively remote block at 116 Arch St., the gallery was launched by Hong Kong native Edward Fong in 2014. Fong, a former WPP advertising executive, took an early retirement at 53 with the expectation that he'd lounge on beaches for the rest of his life.

But life's seldom that simple.

“I got really bored and decided, ‘I’m going to create a gallery that’s different than anybody else,’" Fong, 55, told PhillyVoice. "Not because it's Asian-focused art, because there are many [of those], but because the gallery is not created to make money."

E-Moderne is not nonprofit, he clarified, but because he funnels so much of his own savings into the gallery, he uses it as an opportunity to showcase works from artists unknown to the United States when he can.

"Because a gallery in New York, or anywhere else, if you don’t have a name, they don’t show you."

In the 18 months since he opened E-Moderne, the gallery has established a reputation in the art world for hosting out-of-the-box Asian contemporary works created by international artists. In his latest exhibit, which opened Saturday, he's showing 18 ink paintings created by Chinese artists he personally scouted in China. Those artists, he said, have never before shown their work in the United States.

The artists he's brought on for the "Floating Ink" exhibition, he said, are standouts from what people conventionally think of as contemporary Asian art.

“What you see in the U.S. or anywhere else, is the traditional Chinese paintings with the flowers," he said. "This is contemporary work, and it’s not very often you get to see it. For example, [there's work] like Jackson Pollock, that kind of thing, but these are not done in the Western style -- these are all brush."

Much of the art, which is painted using a mixture of ink and acrylic, is minimalist and created through a more modern Asian lens. For example, one work, by Yu Si, he said, shows a "flickering of the cosmic perspective," different in style and topic because Si left China for 12 years during the height of its communist era in 1969. 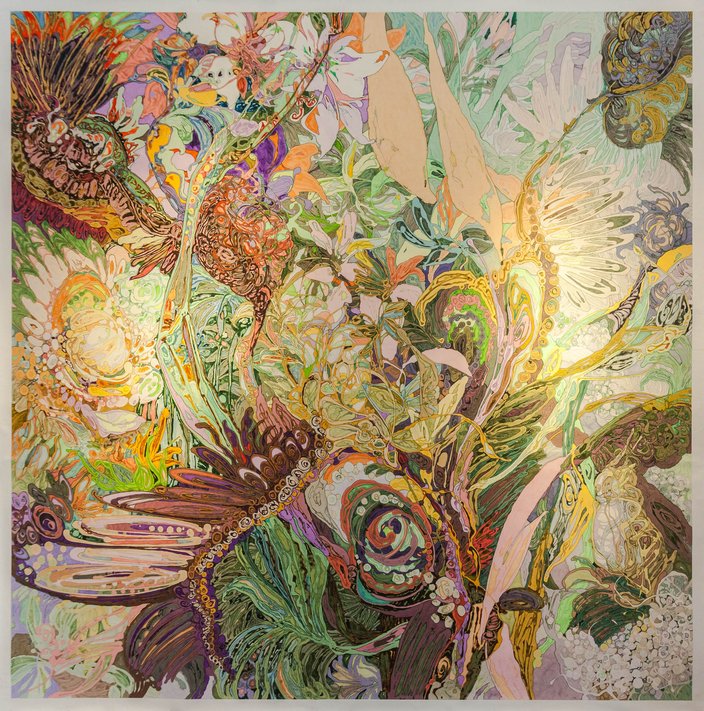 An ink painting from Chinese artist Yu Si, who is based out of Shanghai but also works from a studio in New Jersey. The work is very large, Fong added, clarifying that Chinese artwork displayed in galleries is traditionally bigger than in other places around the world. Si has a knack for works that display metaphysical transcendence.

“Now, there’s no artist dominating the China scene. Artists can also travel to the West, and it’s not like before in the ‘80s and ‘90s -- all the work then was very politically influenced."

Another work is an abstract interpretation of people shuffling through People's Square in Shanghai, China. Painted by artist Wu Jun, who's lived in both Beijing and Shanghai, the piece explores the roles individuals play in groups, particularly in a modern, urban China. 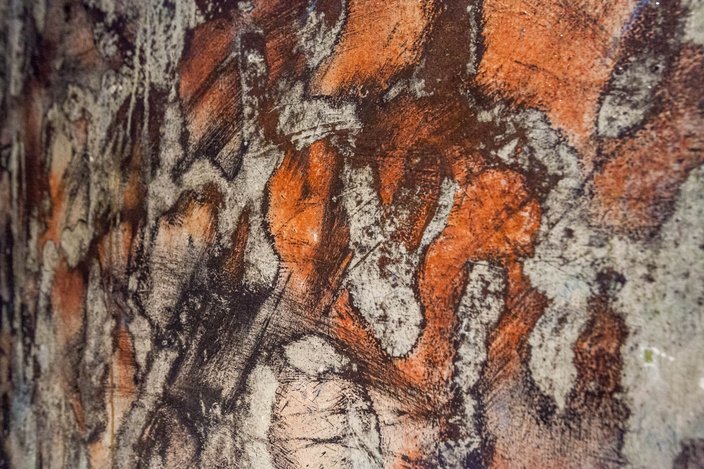 Though, that's not to say you won't find politically influenced paintings that happen to take a more abstract approach than paintings of the past. The exhibit also boasts one work from artist Zheng Lin Jie, who portrays the fall of the Berlin Wall.

"It’s a celebration of the fall of the Berlin Wall; you can see the opening of the two walls," Fong explained. "That’s why there's a lot of energy because it’s about the force of destruction and celebration. And you see [in the upper-left corner] the sky in the distance." 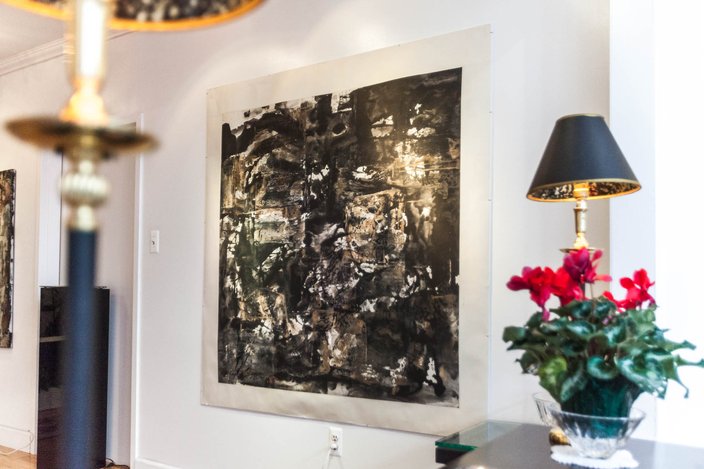 An interpretation of the fall of the Berlin Wall, painted by artist Zheng Lin Jie.

Ultimately, Fong said, he's hoping for exhibit attendees to be wowed by what they see.

"You can't go to a museum and see this," he emphasized.

Looking ahead, Fong is organizing another exhibit for later this year that showcases French, Brazilian and Israeli artists. (The gallery features contemporary Asian art but is not exclusive to Asian artists.) He's also, he added, headed to China for a free trade showing; he said he's the first contemporary art gallery from the United States to be invited.

E-Moderne Gallerie's "Floating Ink" exhibit will be on display through Feb. 28. The gallery is open Wednesday through Saturday, 11 a.m. to 5:30 p.m., and Sundays from noon to 5 p.m.