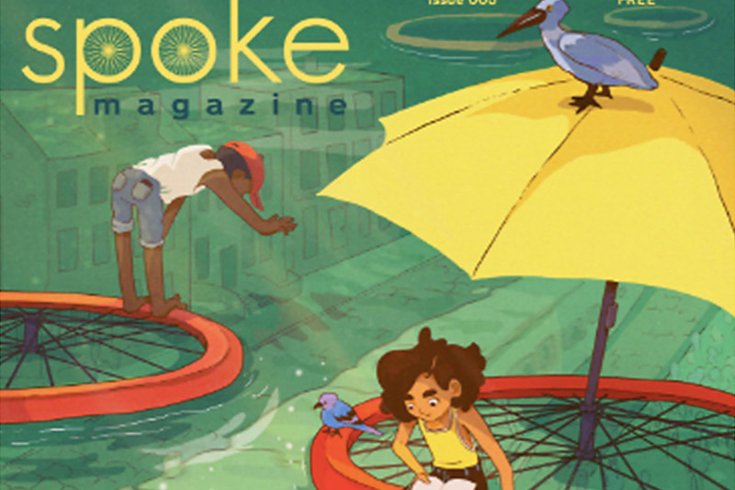 The latest issue of Spoke magazine, published in March, documented the need for many Philadelphia immigrants to rely on bicycles for transportation. The magazine's founders remain committed to its mission, but say a shift toward a greater digital presence may be necessary.

But he felt there was room for one covering the city's burgeoning bicycling scene.

So Vuocolo teamed with Matt Bevilacqua to launch SPOKE magazine, a primarily print publication that has since expanded to cover public transit, bicycling and pedestrian issues.

"I thought it was a big enough topic," Vuocolo said. "The other side of it was that I thought we could differentiate ourselves from some of those other news sites by being a print publication. Rather than fighting for clicks, we could reach an audience immediately by being available to them while they're in line at the coffee shop or in line at the bar."

The first issue was published in the winter of 2015.

But SPOKE magazine is experiencing some growing pains. Its all-volunteer staff publishes the magazine on top of their day jobs. Ideally, its editors say they would publish with greater regularity.

Its longterm future will require a different model, Alex and co-founder Bevilacqua said. They've begun looking for media and philanthropic partners that could help make the publication more sustainable.

"We have been able to produce an incredibly high-quality publication on very few resources," Alex said. "I would like to think that if someone was interested in partnering with us or absorbing us, we could continue to make that product for a very, very low cost and really be a service for the city." 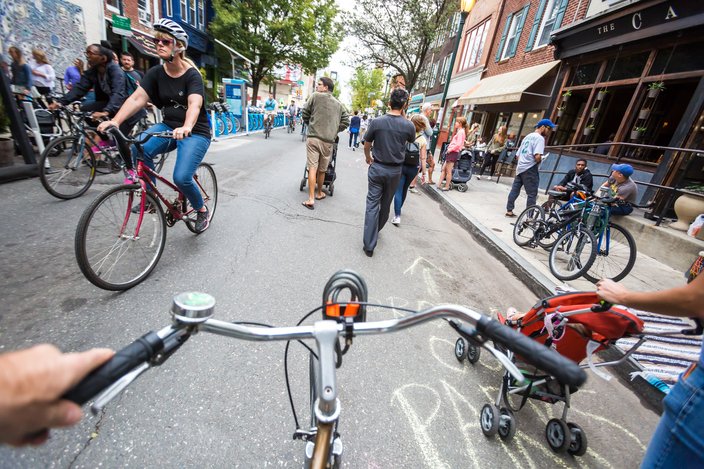 SPOKE magazine aims to cover all angles of the bicycling community, from racing enthusiasts to immigrants who rely on bicycles as their main mode of transportation.

'SO MANY DIFFERENT TYPES OF PEOPLE WHO RIDE'

Yet, SPOKE magazine founders remain committed to its mission, even if its future might end up shifting toward a greater digital presence.

Print runs reach 6,000 copies and are available for free at bike shops, coffee shops, bars and libraries throughout the Philadelphia. But in May, Vuocolo wrote the magazine's first online-only piece – an interview with former Gov. Ed Rendell.

When Alex and Bevilacqua first decided to launch their own magazine in the summer of 2014, they sought to cover transportation in the way other niche outlets cover urban policy issues like zoning and land use development.

"We just a saw a gap in the local media market," Bevilacqua said. "We were fans of the way that local journalists in cities around the country had taken on some of these issues. We wanted to take a longform, more measured approach to it."

With a growing number of Philadelphians commuting to work via bicycle, they saw an opportunity to not only cover the issues surrounding bicycling, but also the people who do it.

"I think with transportation issues, it's easy to write about things – infrastructure, plans, concepts," Vuocolo said. "While people are always implicit in any transportation project, I think certain stories get at that better than other stories."

Vuocolo pointed to the magazine's most popular story, a feature by Claire Sasko that highlighted One Way – a group of teenagers known for doing wheelies, surfing and other bicycle tricks. The group's leader, Corey Murray, later gained notoriety for leading hundreds of cyclists onto the Vine Street Expressway. 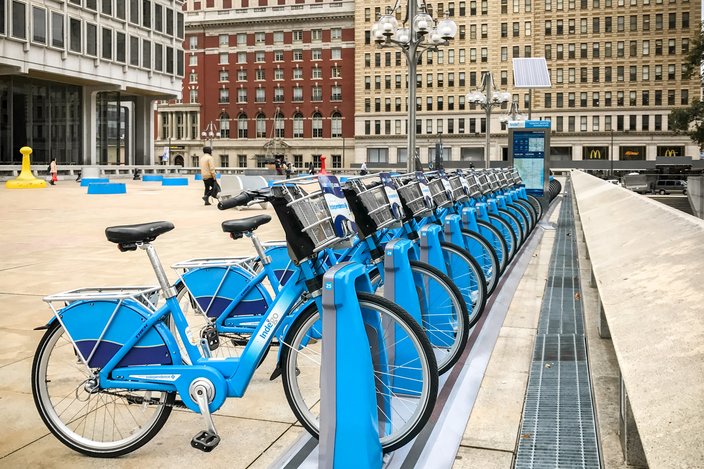 SPOKE magazine has covered the Philadelphia's Indego bike share program, which launched in 2015.

Too often, Bevilacqua said, local media outlets focus on two subsets of the bicycling community – the cycling enthusiasts who speed around in their slick, racing gear and the young, hip bikers who commute across the city.

The latest issue, published in March, documented the need for many immigrants, lacking the luxury of a car, to rely on bicycles for transportation.

"You learn how people who are new arrivals to the city – refugees or immigrants – get around," Bevilacqua said. "That story isn't being told in a lot of mainstream coverage of cycling. You don't just learn about cycling, you learn about the immigrant community."

"There's a wide breadth of people who are bicyclists," Bevilacqua said. "They're not always represented. If we could tell their stories, voice their concerns and focus on issues that pertain to the entire community – and not just one segment of it – that's our mission at its loftiest level."