Program will add more stations, bikes to neighborhoods in South and West Philly 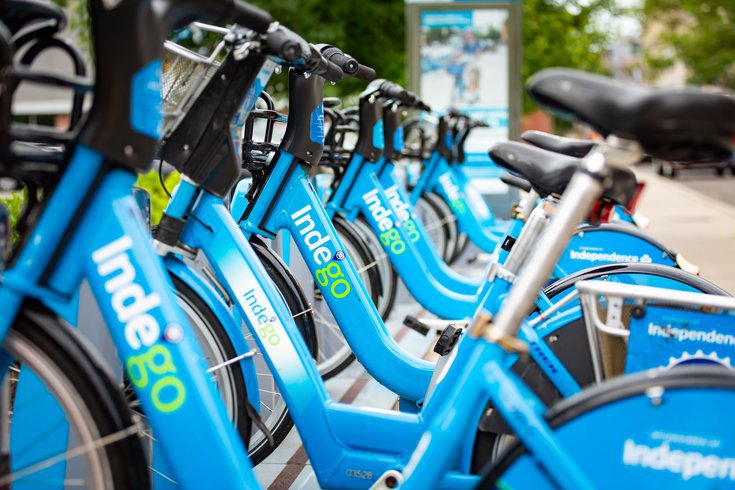 Over the next five years, Indego plans to more than double the size of the bike share system to 350 stations, reaching more communities in South, West, North and Northwest Philadelphia. The first phase of the expansion will begin in 2021.

Philadelphia's five-year-old bike share service Indego is on track to begin a major expansion next year that includes adding a larger fleet of electric bikes and doubling the number of docking stations.

The program, run by Bicycle Transit Systems, has continued to operate as an essential service during the coronavirus pandemic. In June, the company was awarded a 10-year concessionaire contract to operate the bike share program in Philadelphia.

When the new contract starts in January, Indego will waste no time spreading out to further reaches of the city.

The goals of the five-year expansion are outlined in an Indego blog as follows:

• Increasing the fleet of bicycles to 3,500 bikes. Half of them would be Indego Electric.

• More than doubling the size of the system to 350 stations, reaching more communities within South, West, North and Northwest Philadelphia.

• Expanding the service in a way that balances serving new neighborhoods with densifying the core service area.

• Continuing to invest in equity and community engagement initiatives. Indego’s focus on serving low-income and communities of color is a key aspect of the program.

In 2021, Indego aims to add 600 new docking points — about 30 stations — with a focus on neighborhoods in West and South Philadelphia. Another 300 electric bikes will be added to the city's existing fleet.

The blue areas of the map below indicate the proposed expansion zone. 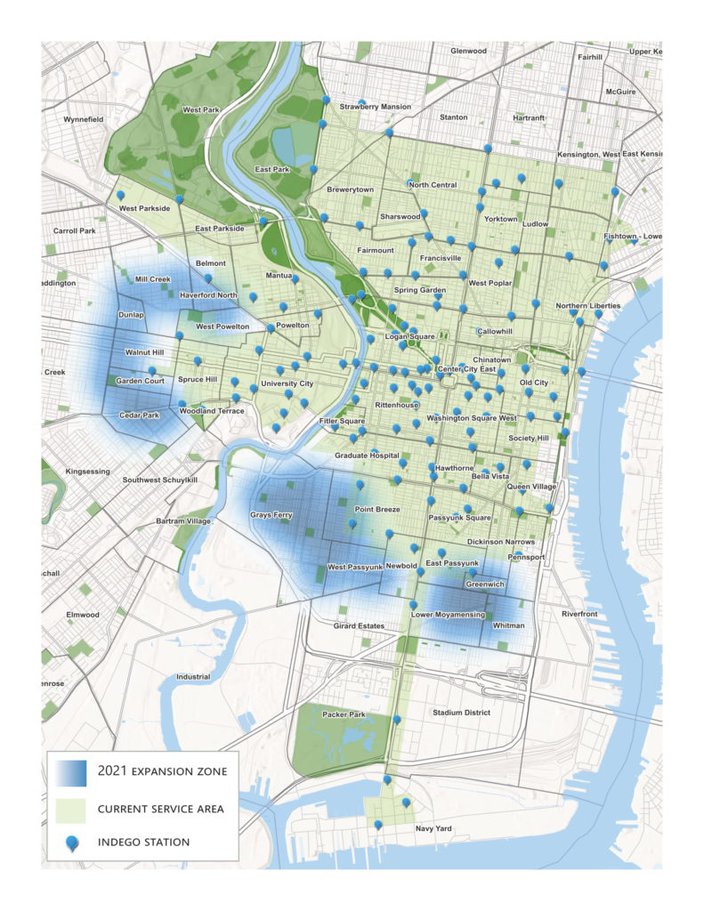 Source/rideindego.com
Indego is seeking community input and suggestions on where to add new stations in the coming years.


The bike share system has sought to provide sustainable, accessible and affordable transportation to lower-income residents in Philadelphia, who may be eligible for reduced pricing for Indego passes.

"As title sponsor since its inception, Independence is proud to continue our partnership with Indego − one of the most accessible, equitable and inclusive bike share programs in America," Independence Blue Cross President Daniel J. Hilferty said in a statement. "Indego has given tens of thousands of people access to a healthy and fun way to travel through the city. The program’s expansion under Bicycle Transit Systems will allow more people to take advantage of this fantastic resource."