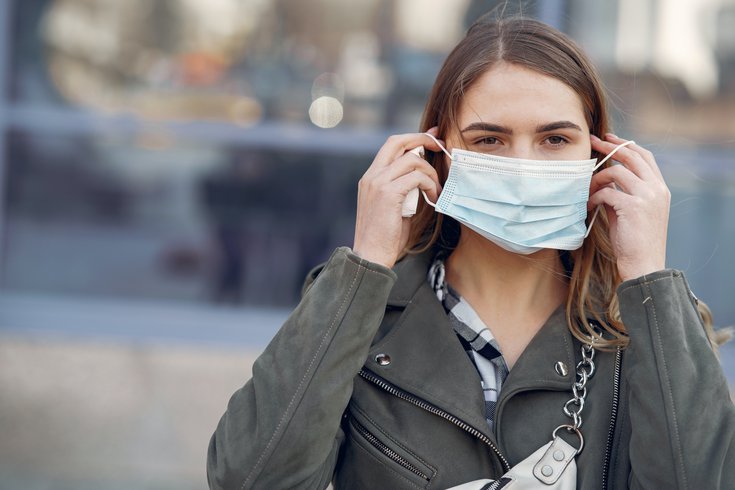 Philadelphia will no longer require masks to be worn outdoors starting Friday. The city will keep its indoor mask mandate in effect until at least June 11, when the health department plans to lift all remaining COVID-19 restrictions.

Philadelphia will fully remove its outdoor mask requirement Friday, but masks still will be required indoors until at least June 11, the target date to lift the city's remaining COVID-19 restrictions.

City officials announced the policy shift Wednesday, nearly a week after the U.S. Centers for Disease Control and Prevention advised that fully vaccinated people no longer need to wear masks in most settings.

Pennsylvania quickly adopted the change last week, but Philadelphia has maintained more stringent rules throughout the pandemic. New Jersey also declined to lift its indoor mask mandate for the time being.

The city's health department will evaluate COVID-19 transmission metrics in early June before deciding whether to remove the indoor mask mandate. The guidance for dropping masks would only apply to people who are fully vaccinated. People who are not vaccinated remain at risk and still would need to wear a mask indoors.

On Friday, masks will no longer be required for outdoor dining or at outdoor events, including Phillies games. People who have not been vaccinated won't be required to wear them in these outdoor settings, but they are strongly urged to do so.

Philadelphia's timeline was shared by acting Health Commissioner Dr. Cheryl Bettigole, who replaced Dr. Thomas Farley in the wake of his resignation last week. Bettigole is a family physician and public health doctor who has worked at the city's health department for much of the last two decades.

Bettigole gave several reasons for the decision to withhold lifting the indoor mask mandate. She felt it was the only realistic way to proceed safely as the city continues its push to increase vaccination numbers. And she wanted to avoid a situation in which businesses would have to inspect vaccination cards — which could be faked — or put employees at an unnecessary risk.

"A lot of the reason for that is to protect those essential workers," Bettigole said. "They've been going to work throughout and they are not able to limit their own risk right now. Many of them are still a little hesitant or waiting to see (about getting a vaccination). I do really want to encourage those folks. I think we now have solid data that the vaccines work and to go ahead and get vaccinated. Use this extra month to get that vaccine.

"But that's kind of the thought process," Bettigole continued. "We don't want to create an enforcement nightmare for individual businesses."

COVID-19 infections have continued to fall in Philadelphia during May as vaccinations continue to rise. About 633,585 Philadelphia residents are fully vaccinated and 851,476 people have received at least one dose.

Bettigole said she believes vaccinations are playing a key role in bringing down infections in the city.

"Nothing in public health is ever just one thing," Bettigole said. "There's probably multiple factors involved, but I think the biggest one is vaccination. There's lots of discussion about herd immunity and whatever that number really is, which we can debate, we're not there yet. But we do have enough people vaccinated that I think it's driving down case rates. It's certainly helping drive down hospitalization rates."

Bettigole did not comment extensively on Farley's resignation last week, which came in response to his admission that he ordered the cremation and disposal of human remains from the 1985 MOVE bombing in West Philadelphia. The remains ultimately were not destroyed despite Farley's orders in 2017, but the city has initiated an investigation into the circumstances surrounding the victims' remains.

Bettigole said the investigation will remain independent, but she plans to review practices at the Medical Examiner's Office to determine where improvements can be made. She added that Farley's resignation was a loss for the health department.

"We lost someone with tremendous experience and commitment to this COVID response, and I think we need to acknowledge that," Bettigole said. "Dr. Farley undoubtedly saved thousands of lives here in Philadelphia. Fortunately, we have a tremendous team of people in the health department who are working on this response and everybody is united in making sure that the response continues and it's not affected."

The city has begun a search to identify a permanent health commissioner and it is not yet clear whether Bettigole will be a candidate for the position.