Maggiano's in Center City hit with $184K in labor violations 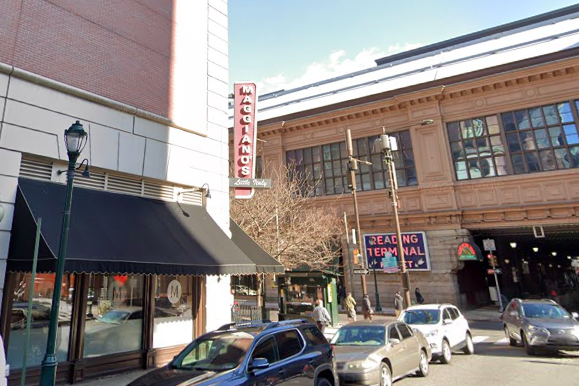 Maggiano's Little Italy, at 1201 Filbert St. in Center City, was required to pay back wages to 82 employees after a review of its practices by the U.S. Department of Labor's Wage and Hour Division.

Maggiano's Little Italy in Center City was required to pay more than $184,000 in back wages and penalties stemming from an investigation into violations of the Fair Labor Standards Act, officials announced.

The Wage and Hour division of the U.S. Department of Labor recovered $116,308 in back wages for 82 workers at the Philadelphia restaurant after a probe found minimum wage and overtime violations.

The Department of Labor found that by failing to pay servers for attending these mandatory, 15-to-30 minute meetings, Maggiano's Little Italy did not pay its employees the required federal minimum wage. When the workers totaled more than 40 hours in a work week, the unpaid time triggered overtime violations, investigators said.

Tipped workers in Philadelphia are required to be paid a minimum wage of $2.83 per hour. Tips must bring this hourly wage up to $7.25, or else the employer is required to pay the difference.

"Restaurant workers are often among the nation's lowest paid, and most vulnerable, particularly during the coronavirus pandemic," said James Cain, director of the Wage and Hour division's Philadelphia district. "When employers fail to account for all hours employees work, they deprive workers of their hard-earned wages. Other employers should use the outcome of this investigation as an opportunity to review their own pay practices, and ensure they comply with the law."

The restaurant is owned by Maggiano's Holding Corporation, a subsidiary of Brinker International Inc., which owns, operates or franchises more than 1,600 Chili's Grill & Bar and Maggiano's Little Italy locations in 29 countries and two territories.

The crackdown at Maggiano's Little Italy comes amid a broader push to raise the federal minimum wage to $15 an hour, an effort that has met continued resistance in Congress, mostly from Republicans who claim the change will cripple small businesses.

In Pennsylvania, Gov. Tom Wolf has called for raising the state's minimum wage from $7.25 to $12, with a pathway to $15 by 2027. Department of Labor & Industry acting Secretary Jennifer Berrier and State Sen. Jay Costa, D-Allegheny, joined Wolf last month in calling for one minimum wage that gives all Pennsylvania workers a path from $12 to $15 in the coming years.

"It is unconscionable and unfathomable that Pennsylvania still permits an individual to work a full time job that subjects them to poverty," Costa said. "We should all be embarrassed of our minimum wage and our lack of progress, even as every state surrounding us has raised its wage at least once. It's time to restore dignity to Pennsylvania work and workers by raising wages to a rate where an individual can afford to live."