The concert will feature some of the influential artist's greatest hits with a unique twist on Saturday, March 26 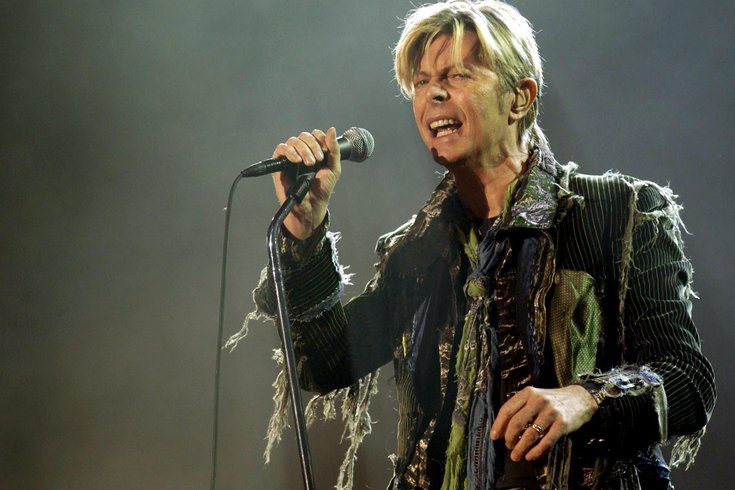 Despite never calling the city home, David Bowie is a Philadelphia icon — so much so that residents dedicate an entire week to commemorating the artist's legacy. "Philly Loves Bowie Week" is celebrated around the anniversary of the performers birth and death, and while most events wrapped up on Jan. 16, fans are not ready to stop the festivities just yet.

The Philly POPS Orchestra is teaming up with Windborne Music Productions to host a full night of songs from the legendary musician. "The Music of David Bowie: A Musical Odyssey" will be held on Saturday, March 26 at 8 p.m. at The Met Philly.

Just over one mile from where he recorded the album "Young Americans" at Sigma Sound in August of 1974, the performance will honor Bowie's signature sounds with a unique twist.

The one-night-only tribute will feature some of the Starman's greatest hits with new arrangements, including "Changes," "Under Pressure," and "Space Oddity." The concert will be conducted by Windborne's Brent Havens, and will feature vocals from Tony Vincent. Tickets are on sale now, and begin at $49.95.

"In the case of Bowie, he's so musically rich, the orchestra gets to play all these really cool licks," said Havens. "I can listen and hear the counterpoint, and I can distribute it among the strings and woodwind and bass."

"A Musical Odyssey" is just one of many tribute performances the POPS have done. The orchestra hosted Windborne's "A Night At the Opera House: The Music of Queen" at The Met Philly in 2019.

Most recently, the group has announced performances in honor of ABBA, The Beatles, and the stars of Motown Records as part of an on-going concert series.

"The Music of David Bowie: A Musical Odyssey"