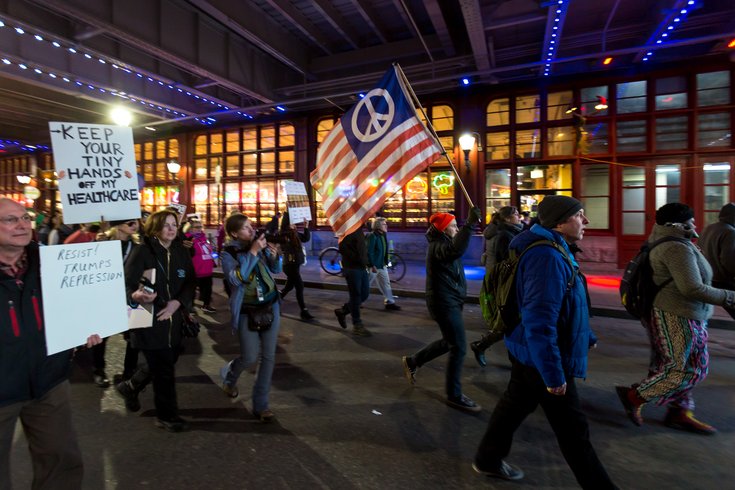 A long, loud, peaceful day of protests against President Donald Trump, who was briefly in Philadelphia on Thursday for the congressional Republican retreat, continued well past sundown with crowds marching through Center City heavily trailed by police. 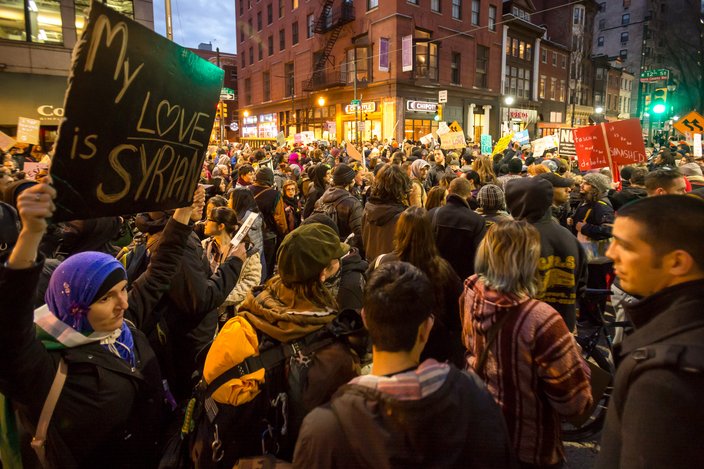 The intersection of 12th and Walnut was completely engulfed by protesters and others marching, Thursday, Jan. 26, 2017.

Earlier in the day, thousands of people gathered at Thomas Paine Plaza outside City Hall and marched in the vicinity to oppose the president's sweeping agenda, which includes repealing the Affordable Care Act, stripping federal funding from sanctuary cities like Philadelphia, advancing the Keystone XL and Dakota Access pipeline projects, and constructing a wall along the southern border of the United States.


Protests that began on Wednesday night, many marked by signs and chants against the new administration, grew significantly on Thursday as Trump delivered an address to GOP leaders inside the Loews Philadelphia Hotel. 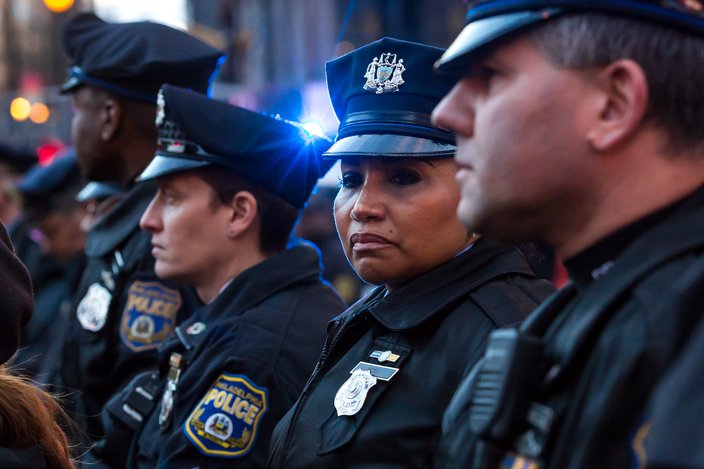 "Think of everything we can achieve and who we can achieve it for," Trump told Republican House and Senate lawmakers at the annual retreat. "This is our chance to achieve great and lasting change for our beloved nation."


But those who marched in Center City pushed back against the substance of that vision, large parts of which have divided Americans throughout Trump's provocative presidential run and into his first days in office. Below are scenes from Thursday night's protests. 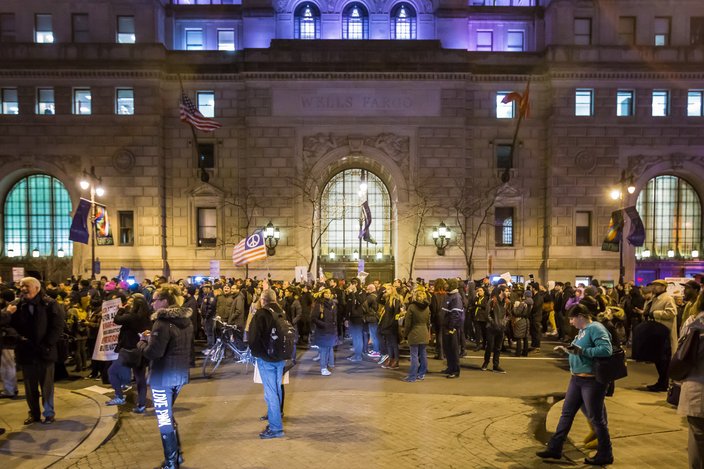 Hundreds of protesters filled Broad Street near the Union League and Wells Fargo hours after President Donald Trump met with with congressional Republicans at the Loews Hotel, Thursday, Jan. 26, 2017.

Don't come to our city, strip our funding, use our police, and expect us to pay for it @GOP! I want a refund! #PhillyResistance #phillymarch pic.twitter.com/R2QchTlsLw 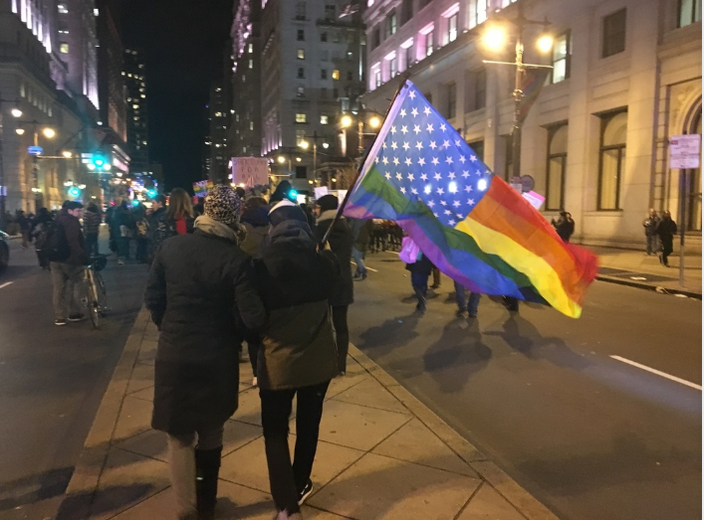 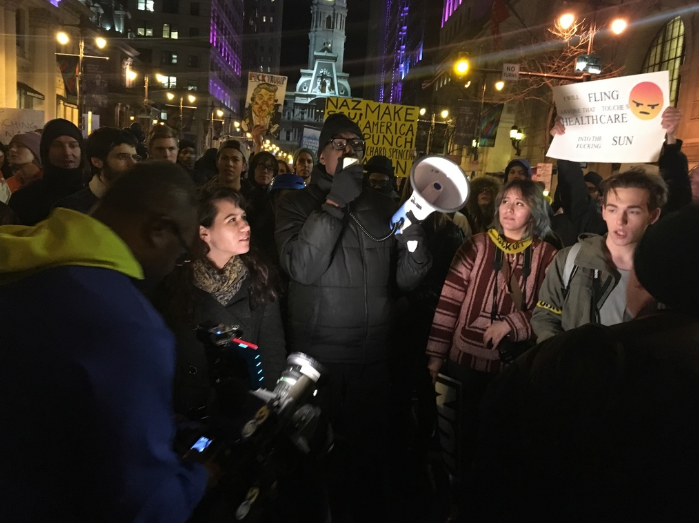 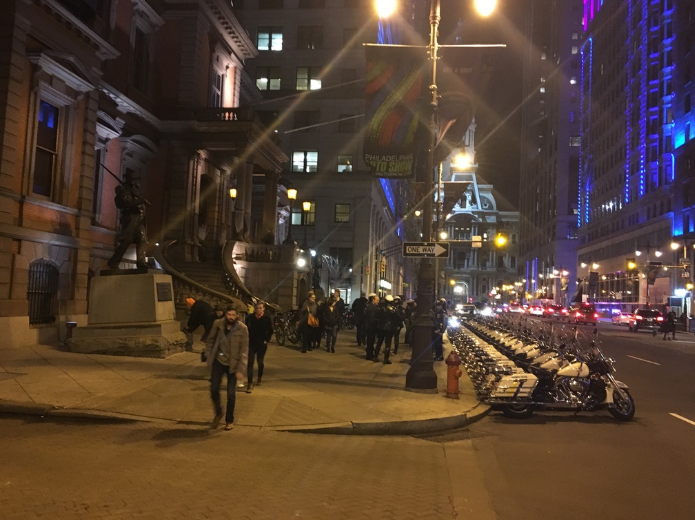 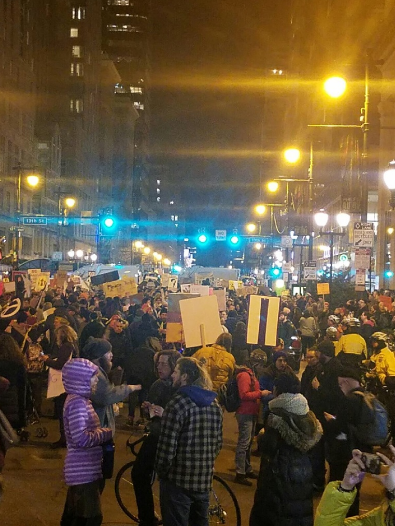 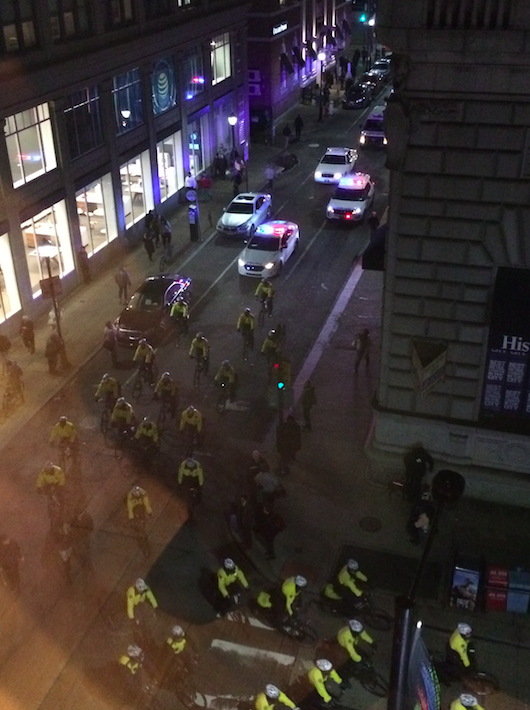 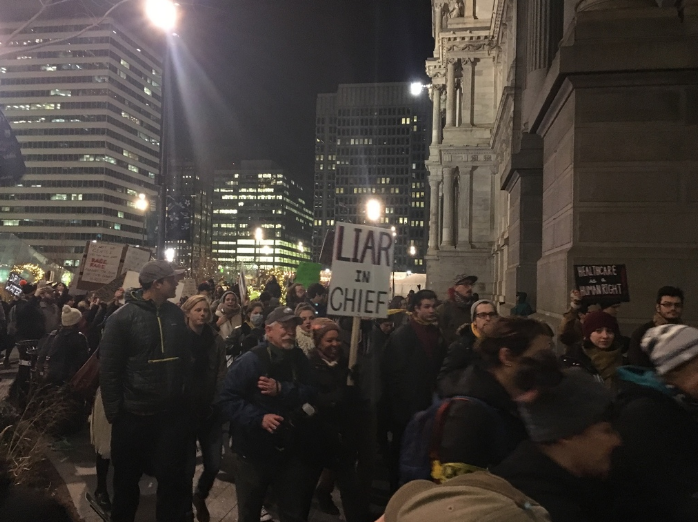 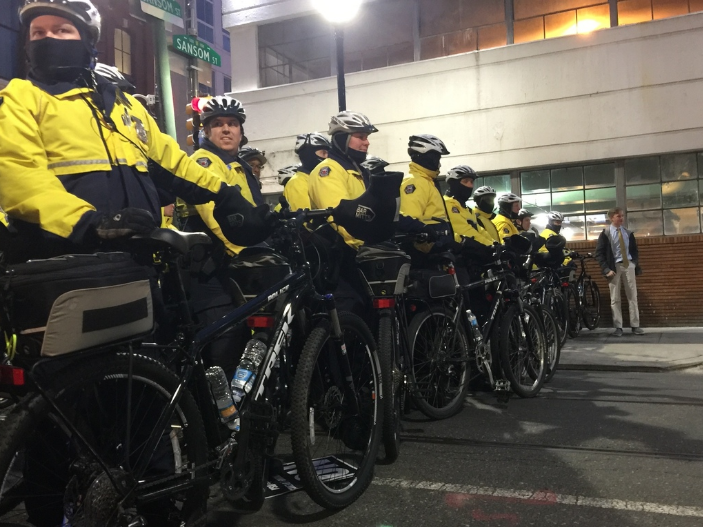 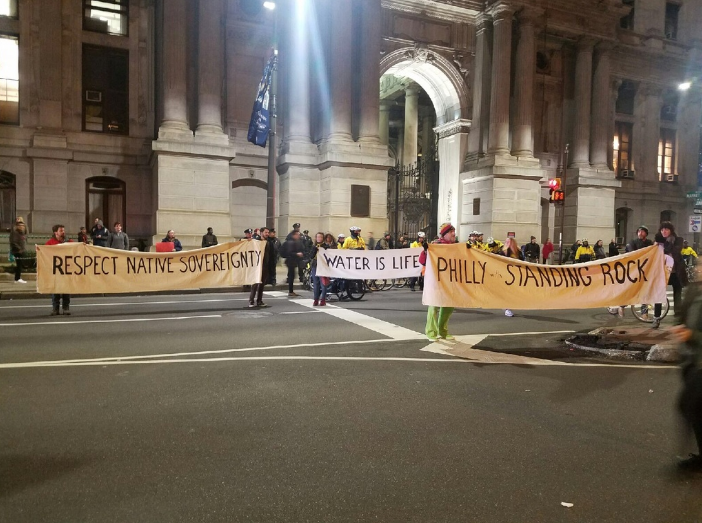 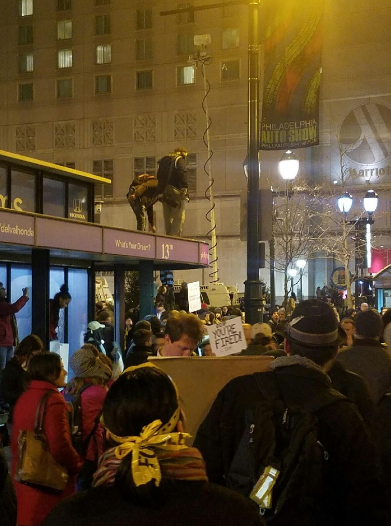 This is what democracy looks like. #Philly #PhillyResistance #DumpTrump pic.twitter.com/tBiWDF6U8q