About 65,000 eligible school district students will receive these when in-person learning resumes on Aug. 31 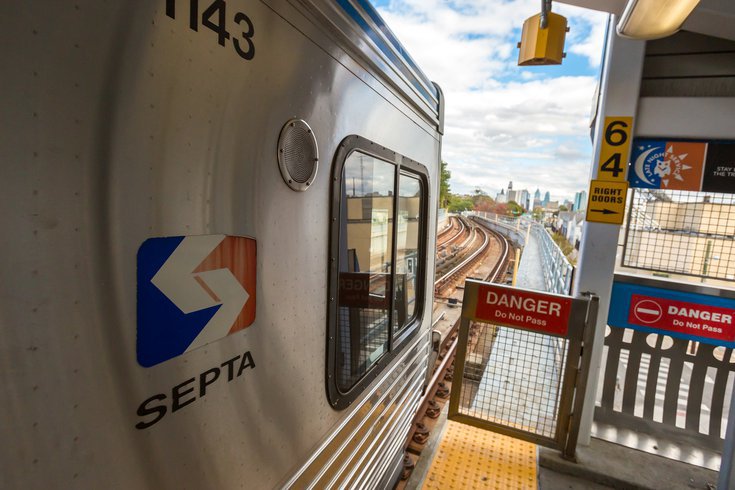 SEPTA's new Student Fare Card will be issued on Aug. 31 when Philadelphia schools reopen for in-person learning. It replaces the old Transpasses, which were distributed weekly to Philly students who relied on SEPTA to get to and from school.

When Philadelphia students return to the classroom at the end of August, they'll be issued the new fare card SEPTA has been developing to phase out the use of its Student Transpasses.

About 65,000 students who rely on SEPTA to get to and from school will be issued the new Student Fare Card on the first day of class, Aug. 31, the School District of Philadelphia and SEPTA announced Thursday. The contact-free, reusable chip card will be used for the 2021-22 school year.

With the new card, students will be able to tap to board SEPTA's buses, trolleys and subways as many as eight times per day between 5:30 a.m. and 8 p.m. The card only works on school days. Those who use regional rail lines to get to school can upgrade their student fare cards at designated SEPTA stations for about $10 per 5-day school week.

"We're excited to roll the student Fare Card District-wide after a successful pilot program earlier this year," said Reggie McNeil, chief operating officer at the School District of Philadelphia. "This transition will help reduce our carbon footprint by eliminating weekly laminated passes with the reusable plastic card. It will also provide safety measures to protect against lost or stolen Fare Cards."

In advance of the coming school year, SEPTA officials said they have taken measures to beef up security along the Market-Frankford Line.

"We are looking forward to welcoming students back on SEPTA and providing them with a more convenient way to access the system," SEPTA general manager and CEO Leslie S. Richards said. "Our number one priority will always be the safety of our employees and riders, including students who take SEPTA to school."

The debut of the student fare card comes as SEPTA begins planning the next phases of its SEPTA Key platform, including the ability for passengers to use their smartphones to tap into stations. That feature is expected to be introduced later this year and in the early part of 2022.

The city and SEPTA also have teamed up on a free Safe Routes Philly program that provides transportation safety lesson for students who walk on bike to school. The program is part of the city's Vision Zero initiative, which aims to eliminate traffic fatalities and injuries by 2030.

"We are proud to support the school district and SEPTA in their transition to a new student fare card by teaching students safe streets skills and actively talking and engaging with families about traffic safety," said Mike Carroll, Philadelphia's deputy managing director for transportation.