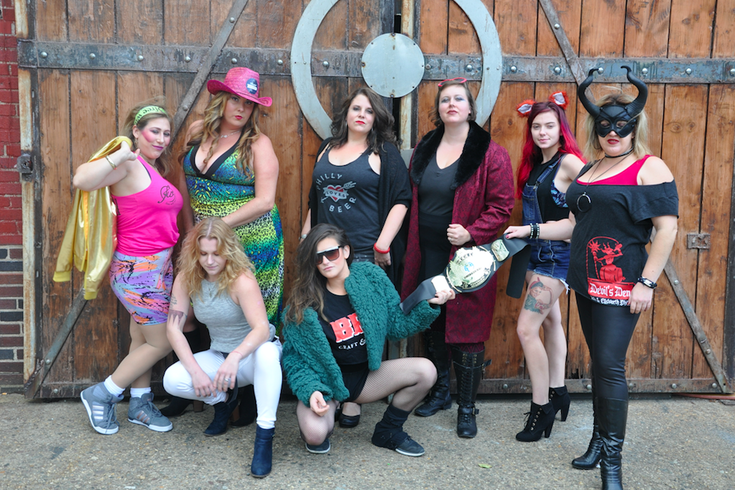 Philadelphia's beer professionals competing in 'Over the Hop.'

Philadelphia’s chapter of the Pink Boots Society, a nonprofit organization that helps unite and empower female professionals in the beer industry, is teaming up with Philly Loves Beer for an event that will be of interest to anyone who binged through Netflix’s female wrestling show “GLOW.”

The event, dubbed "Over the Hop," will be held on Sunday, Oct. 22, at Fishtown’s Liberty Vintage Motorcycles and go from 5 p.m. to 10 p.m. Guests can expect beer and cider, including sips from Yards, Evil Genius, Manayunk Brewing and others, to be available for purchase in the moto repair shop/museum.

Organizers say the event is a nice foil to the "Flannel Animal" fundraiser, where male beer industry members don the latest fashions to raise money.

“We strive to create fun and original events all year round. We’re more than just Beer Week – we’re beer all year!”

Tickets start at $10, and ringside tickets will cost you $20.

“We wanted to come together and do something really fun and over the top and raise some money for both organizations,” said Erin Wallace, who owns Devil’s Den and Old Eagle Tavern. Wallace, who is president of the Philadelphia Pink Boots Society, will go by the alter ego “Demoness of the Den” for the competition.

Others among the dozen contestants include Sam Seltzer from Free Will Brewing as "Soul Pucker," Sarah from Manayunk Brewing as "Schuylkill Puncher" and Yvonne Hatfield from Evil Genius as "Mickey the Muscle."