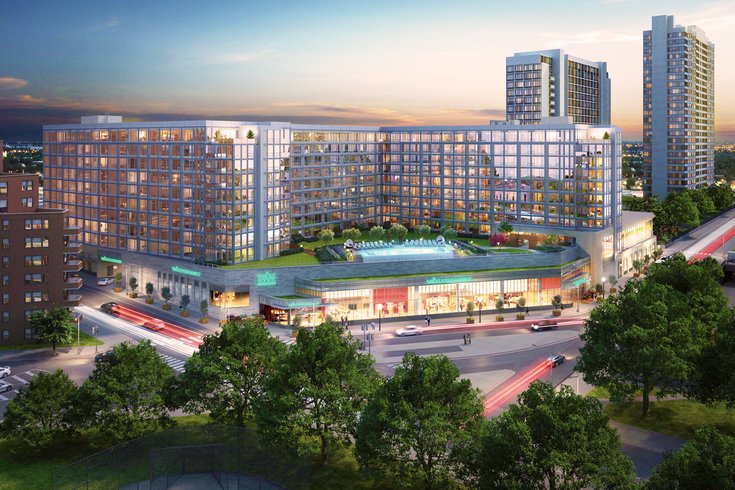 A rendering of Whole Foods' newest store, which will be Philadelphia's largest.

There are just a few weeks until Philadelphia's "largest and most innovative" Whole Foods Market opens its doors equipped with versions of a Philly foodie's favorites.

The Rodin Square store, found on Pennsylvania Avenue and 22nd Street, will open on Oct. 14 and will offer prepared foods in a 140-seat food hall from the following:

All of this will supplement Whole Foods' classic offerings, from its sushi and salads to pizzas and pastries. The food hall will also house two pubs, a cocktail cart, a gourmet coffee bar and juice bar, originally reported by Philly.com but confirmed by the company Monday.

Wait, you might be thinking, what's happening to the Whole Foods store at 21st and Callowhill streets – literally a stone's throw away from the latest addition?

It's closing on Oct. 12 – but don't fret, its entire 270-person staff is just taking a brisk walk to the new store. Annie Cull, a spokeswoman for Whole Foods' mid-Atlantic region, said the company's just outgrown the old space, which opened in 1997.

Cull said the new store will bring on between 80 and 90 new team members, with more than 60 already hired.

The 55,000-square-foot mixed-use development that's now home to the new store broke ground in August 2014. Philly's only other Whole Foods location can be found on South Street near Ninth Street.

“The Philadelphia food scene is among the most robust and vibrant in the country,” Jesse Morgans, prepared foods coordinator for the mid-Atlantic region, said in a news release. “To make this store reflect the local community’s passion, we knew we had to bring some of the city’s exceptional culinary talent inside Whole Foods Market. These partners allow us to offer an amazing range of diverse, forward-thinking menus, all under one roof.”