'This kind of improv calls for a different skill set' 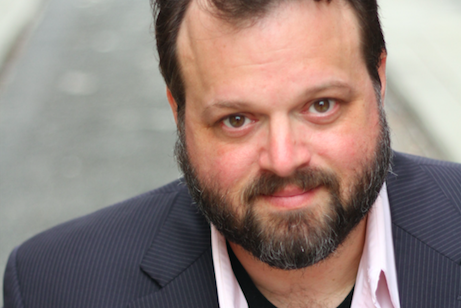 “This kind of improv calls for a different skill set, one where I am in a constant dialogue with my audience for the entire play, a play that is already trying not to be a play,” said Greer.

When Philadelphia actor Scott Greer claims he is playing a role that is “nothing like anything he has ever done” in the past, you can’t help but sit up and take notice.

At age 47, the local thespian and multiple Barrymore Award-winner is an always-working presence, with deeply nuanced roles such as “The Whale,” “Frank Rizzo,” and “Orson Welles” under his belt.

For the upcoming “Every Brilliant Thing” – opening tonight at the Arden Theatre Company – Greer and director Terrence J. Nolen expand the possibilities of the intimate, one-man-show with a rare level of interactivity with the audience. “Every Brilliant Thing” also signals the opening production of the Arden’s new Bob and Selma Horan Studio Theatre at the Hamilton Family Arts Center.

“I have relationships with certain directors, and know that I am high on their lists,” said Greer when asked about his prominent go-to status in the Philadelphia acting chain.

“That’s not false modesty. There are certain projects for which they think that I am right. Now, I don’t know that I am a general, catch-all actor. And there are certainly other actors in town, too, such as Ian Merrill Peakes and Tony Lawton, who are great and have a wide range.”

There are also directors with whom Greer has long-standing, working relationships. He consults with them regularly about future potential roles and possible projects.

“There are certain plays that I have been passionate about, and vocal – to boot – but I don’t run a theater. Directors and producers in town are my friends and colleagues. It is a constant conversation," he said.

With that, Greer made clear he always hopes to give each director he works with – and, of course, a faithful Philly theater audience – something unexpected, a "wow" moment that no one saw coming.

“I’d like to think that the show I’m doing now, ‘Every Brilliant Thing,’ is exactly that. I have done many plays like it, and yet there is nothing like it.”

Written by playwright Duncan Macmillan with comedian Jonny Donahoe (who famously did a one-man-show on HBO), “Every Brilliant Thing” looks at a blindingly sad topic – a woman’s suicidal depression – from an eerily comic and existentially jarring perspective. A son goes from childhood to middle age trying to rescue his mother from despair. In doing this, he seeks to alert her to life’s everyday delights, and uses the audience as additional actors in his wildly optimistic, uplifting plot. A background in improvisation (from Comedy Sportz, no less) is useful and necessary in interacting with an audience in Greer’s case.

“This kind of improv calls for a different skill set, one where I am in a constant dialogue with my audience for the entire play, a play that is already trying not to be a play,” said Greer. 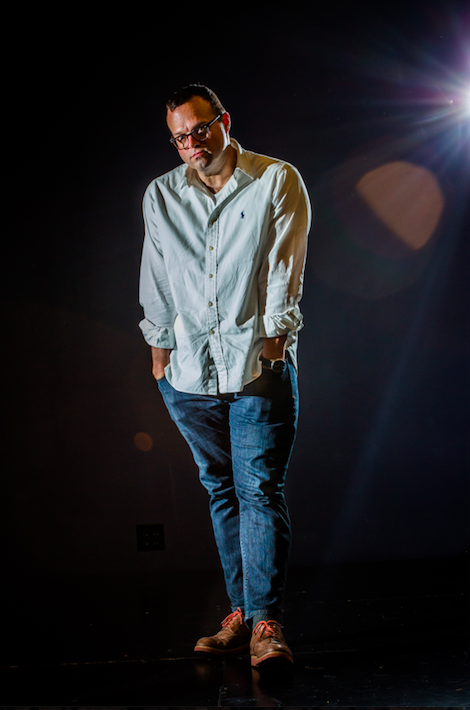 To that end, the actor stays in the moment and will cast as many audience members as possible in roles that further the tragic comedy.

There is musicality to be found within “Every Brilliant Thing,” as well as a sense of the ordinary that allows Greer to become a blank slate onto which an audience can draw its own conclusions. That also allows Greer to be Greer, telling a story that seems like his, but is clearly not.

“It is as much me as I can make it,” he said. “The greatest compliment I have received about its challenge is when we put it up in front of people last week – some University of the Arts students, an audience at a conference room at the Visitors Center. Someone thanked me for sharing my story. But it’s not my story, so that was great, going so deep as to make that story truly my own.”