PhillyVoice 'Quotes of the Week' Quiz

How much do you remember from stories of the past week? 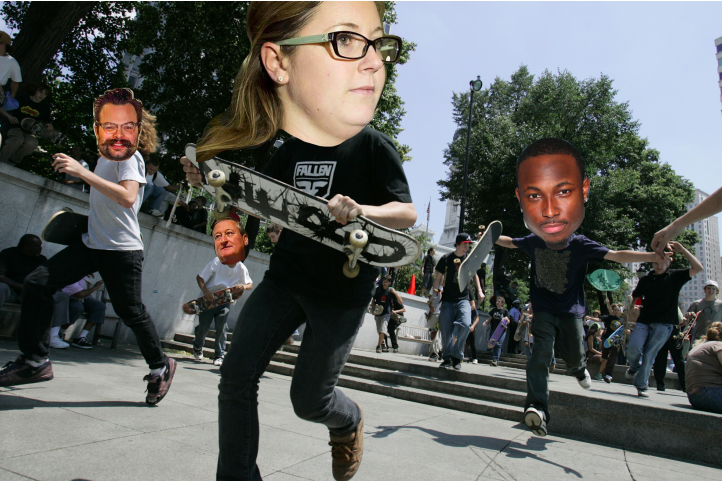 Answers to this week's PhillyVoice Quotes Quiz can be found in this photoshopped image of the 2005 National Skateboarding Day in LOVE Park.

The answers are tucked at the bottom of each post (with the context available via hyperlink). We will know – and tell everybody – if you scrolled down and illicitly claimed you went 13 for 13. Real talk.

1. "I ask you now for your forgiveness, and I hope that you some day will be able to provide it.”

3. “They were carefree, even as ambulances raced to the scene.”

4. "Until those faces appeared on the news, no one responded – and did so only to save themselves from prosecution."

5. “Before she even set foot in court, she was called the most horrific of things in the media. … There’s an indelible taint that may never be removed.”

6. "A lot of people just think they're too old [to date], but falling in love is timeless."

7. “Thank you for the excuse to go day drinking.”

8. “Being angry isn’t going to solve anything. I don’t like spending time thinking on the past.”

10. “Let me be very, very clear with each of you. We are going to have to stop playing games with our fiscal future."

11. “The clothes are supposed to compliment the women, not the other way around.”

12. “The company is really on the cusp of something quite large, and I’m excited to be a part of it.”

13. “They stepped in to do a job that they didn't understand, that nobody understood.”