Philadelphia sees about 700 new cases of HIV each year – and these are just the ones being reported, according to the most recent City of Philadelphia Surveillance Report.

Katherine Wooten-Bielski, a nurse practitioner with Planned Parenthood in Philadelphia, would like to see that number decrease with the use of PrEP, a daily pill that can actually help prevent the transmission of HIV by more than 90 percent.

Two Planned Parenthood locations in the region (one in Center City and the other in Norristown) have begun offering PrEP (also known as a pre-exposure prophylaxis, and by its brand name Truvada) to clients most at risk for contracting HIV. The drug can reduce the risk, but only if the people who need it the most have access to it, she said.

“We started offering PrEP in Norristown in April,” explains Wooten-Bielski. “Then we decided to roll it out in Center City at the Elizabeth Blackwell (Health) Center at Locust Street.” She says the preventative drug is becoming an important component of the transgender and overall LGBT health care being offered at the center. “We knew it would be the right place to roll it out,” she said. “It’s important to offer it to trans women.”

Elana Willinsky, the media and government relations specialist with Planned Parenthood Southeastern Pennsylvania, would ultimately like more people to realize that Planned Parenthood not only treats LGBT clients, but also heterosexual men and women, both of who have become an important target demographic for PrEP.

“On a national level,” explains Willinsky, “the push for PrEP was in conjunction with Black HIV/AIDS Awareness Day.” Promoting PrEP services is also part of an overall effort to remove the stigma of sexual health when it comes to HIV and AIDS awareness and increase accessibility to care for all. "We want to make it more accessible to black women, black men, men of color in general, and the Latina and transgender populations,"

Because transgender women and men who have sex with men are still most at risk for acquiring HIV nationwide, Wooten-Bielski says a key part of sexual health discussions at both the Center City and Norristown centers is treatment and prevention. And because there had previously been no health providers in Montgomery County offering PrEP, a big push was made to get it to the most vulnerable populations who could benefit the most. Until earlier this year, a patient in Norristown would have had to go to Bryn Mawr for the medication, according to the PrEP locator website.

Truvada costs about $2,000 monthly without insurance, according to reports, but Wooten-Bielski said many health insurance companies cover the drug for PrEP. It is also covered by PA Medicaid and most third-party insurances.

"For folks who are uninsured/underinsured, there is a patient assistance program through Gilead (the maker of Truvada) that a person can apply for – they can get free medication for up to a year,"  Wooten-Bielski said. "For folks who have insurance but high pharmacy co-pays, there is a co-pay assistance card to cover the cost of the high co-pay.” 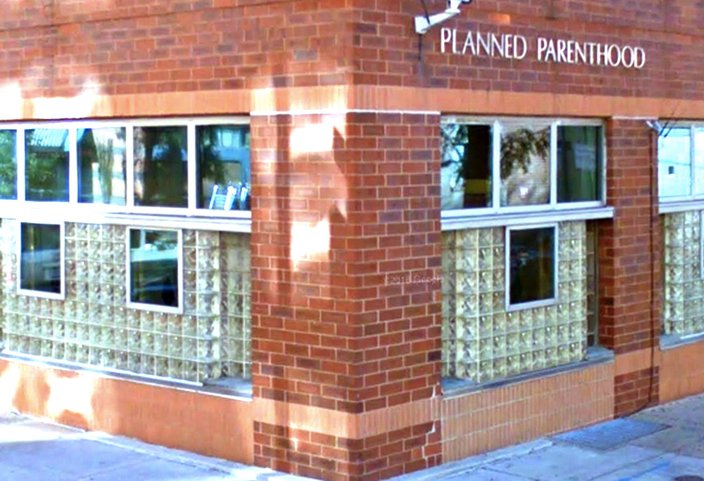 Several patients are currently enrolled in the PrEP program in Norristown, with 10 more in Philadelphia since that program launched in July. While both initiatives were considered beta tests in Philly, the move is already being made to expand this service to more Planned Parenthood centers throughout the region. The challenge is educating people who may never have heard of PrEP about its benefits.

“Some people are very motivated,” says Wooten-Bielski, “and come in and say they want PrEP.” The LGBT community is especially aware of the medication, in part, due to the way it’s marketed by Gilead, specifically to men who have sex with men. But Wooten-Bielski is currently working to educate more people, regardless of sexual orientation or gender identity, who may also be at risk for HIV – like heterosexual women, for example.

The goal is to get all Planned Parenthood centers in the four-county area on board with PrEP as soon as possible. “We’re training people on how to talk to everybody about it,” said Wooten-Bielski. “One of the populations that’s most overlooked is cisgender heterosexual women,” particularly women of color.

In 2015, African-American women who had sex with men accounted for a significant percentage of newly diagnosed HIV infections in Philadelphia (almost 30 percent per 100,000 residents compared to less than four percent of white women who had sex with men within the same 100,000), according to the city's Department of Public Health. While the highest rates of people living with HIV and AIDS tend to be in more affluent areas of Center City (including the Gayborhood) more preventable deaths are being seen in parts of South and Southwest Philadelphia among populations of lower-income African Americans.

Wooten-Bielski wants to help educate more of the most at-risk people about how they can start to prevent HIV using PrEP. “If someone is interested,” she explained, “we talk to them about their sexual history and any risk factors.”

Once someone is considered a good candidate for the drug (someone who, for example, is likely to have sex without a condom, does sex work or who has tested positive for other sexually transmitted diseases), they must be tested for HIV prior to starting PrEP. It’s also routine to do labs to assess kidney function and screen for any other infections. She said the advantages of using PrEP are enormous in decreasing HIV transmission across the board.

One of the advantages among heterosexual women, for example, is that PrEP can help a pregnant mother and her baby avoid getting HIV. It can also reduce the risk of getting HIV through sharing needles by more than 70 percent. But because it does not help prevent other sexually transmitted diseases, like gonorrhea and chlamydia, people using it are advised to also use condoms and clean needles in conjunction with the drug.

According to Wooten-Bielski, being enrolled on PrEP comes down to taking one pill every day.

“We check in with them and have them come back every three months to get tested for HIV,” she said. The ongoing HIV tests are important because if the medication isn’t taken daily there may not be enough of it in someone’s system to fight against the virus.

“If someone gets HIV and takes the medication,”  she explained, “it can create a drug resistance.”

Ultimately, Wooten-Bielski said she would like to see more people who are most at-risk consider taking the drug.

“Regardless of sexual orientation and gender,” she said, “we want it to be part of overall health care.”