The network's 30,000 employees will now have access to know their genetic health risks 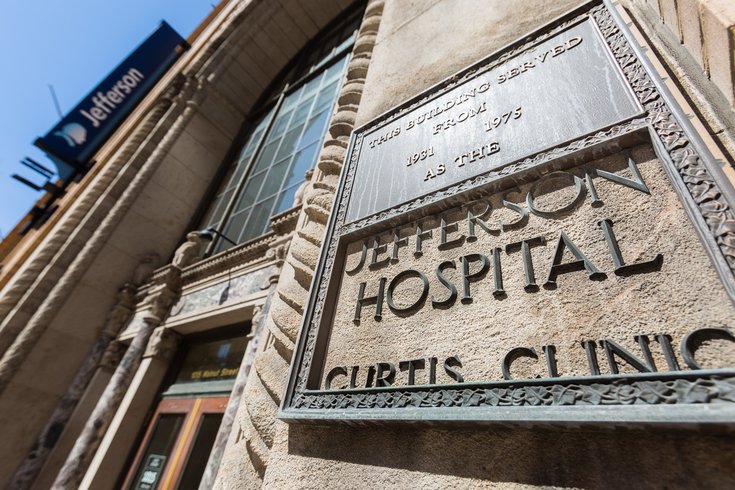 The entrance to the Thomas Jefferson University Hospital Curtis Clinic building on the 900 block of Walnut Street.

Genetic testing is all the rage these days — there are even testing kits for your dog.

Today, Jefferson Health announced it will offer free genetic testing to all of its 30,000 employees.

The initiative comes as a result of Jefferson’s partnership with Color, a genetic testing company. The pilot project will give employees the ability to access their genetic information, including their hereditary risk for medical conditions such as cancer and heart disease. The testing will come with no out-of-pocket expense for employees.

According to Jefferson's announcement, Color's solution is more robust than most at-home genetics testing kits. With a saliva sample, it will analyze 30 cancer-risk genes, including mutations that could increase the likelihood of developing hereditary cancers; 30 genes commonly associated with hereditary heart conditions that can have actionable treatment plans; 14 genes associated with the metabolism of commonly used drugs for which genetics can help inform drug use and dosage to help improve medication efficacy and minimize negative side effects; and DNA, on an ongoing basis, to help you learn more about common traits influenced by your genes, such as lactose intolerance and alcohol flush.

This partnership is an exciting one for those employed by the Jefferson Health network, said Dr. Stephen K. Klasko, president of Thomas Jefferson University and CEO Jefferson Health, in the announcement:

"There is a consumer revolution happening in many industries, but there seems to be a disconnect in adopting new, disruptive changes when it comes to health care, and Color Genomics is a great example of that," he said. "Jefferson has an almost 200-year-old history. In using our tested knowledge while thinking like a start-up company by partnering with a cutting-edge genomics company, we can unlock the key to personalizing health care in a way that patients can make informed decisions."

It sounds like a cool perk, but the New York Times questions whether widespread genetic testing is all that beneficial to the general public as its popularity rises.