Police are mislabeling anti-LGBTQ and other crimes as anti-heterosexual 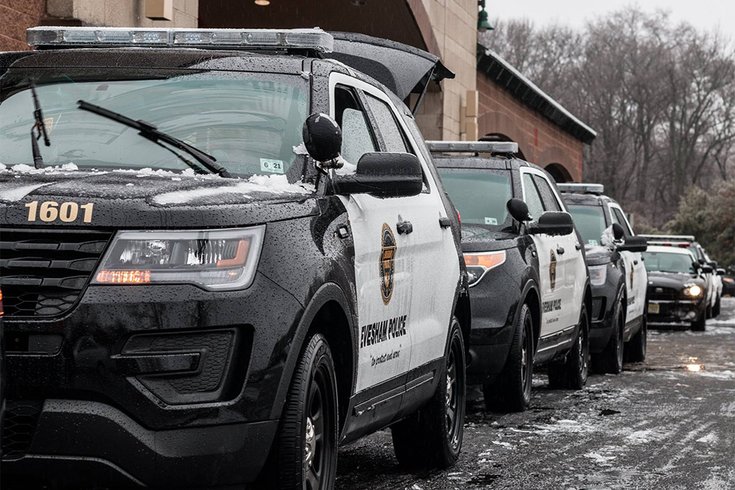 Rob heard a loud knock at his door late one night in August 2014. His landlord had been calling him about maintenance issues in his Columbus, Ohio, apartment, but that night she came with a male companion and began to scream at him. According to a police report, the man jumped into the argument and threatened Rob — who asked that we not use his full name — with a homophobic slur. Fearing an escalation, he called the police.

“A thing that I’ve dealt with my entire life as a gay man is extreme prejudice, from threats to constant harassment,” Rob said, noting that his landlord had previously told his neighbors that he was a “filthy queer.”

MORE NEWS: Student at Philly school who reportedly went missing has been found

Columbus police acknowledged Rob’s concern that the incident may have been motivated by bias, but they got a key detail wrong in their incident report: They mistakenly marked it as a case of anti-heterosexual harassment.

Since 2010, Columbus police have reported six incidents that list bias against heterosexuals as the purported motivation. That’s more than any other local law enforcement agency in the nation reported during that period. Columbus Police Department Sgt. Dean Worthington acknowledges it’s likely that the officers who filed the reports marked the wrong box.

“Given the fact that our officers are human, we are prone to make the occasional mistake,” said Worthington. “I can assure you these mistakes were not intentional.”

Each officer has a supervisor whose duty is to check such reports, but it’s possible the errors still got through, Worthington added.

Those reports made their way from Columbus to Washington, D.C., where they were compiled with thousands of others into what the FBI calls the Uniform Crime Report. Every year a small number of anti-heterosexual hate crime reports end up in the UCR. From 2010 to 2016, the FBI reported that local law enforcement agencies noted a total of 142 of them.

ProPublica reviewed dozens of these reports, however, and found few, if any, actual hate crimes targeting people for being heterosexual.

We sent Freedom of Information Act requests to every law enforcement agency that reported a heterosexual bias crime in 2016 — the most recent year for which FBI data was available. We also sent requests to every agency that had reported two or more such crimes since 2010, as well as to any agency available in an online service used to send public-records requests called Muckrock.

In total, we were able to locate records for 58 cases.

None described hate crimes spurred by anti-heterosexual bias. As with the case in Columbus, about half were actually anti-gay or anti-bisexual crimes that were miscategorized. Seven cases appeared to reflect other types of bias, with victims targeted because they were Jewish or black or women. Some 18 cases don’t seem to have been hate crimes at all, containing no discernible bias element.

The findings reflect a larger problem: Many local law enforcement agencies do a poor job tracking hate crimes. It’s a problem that can endanger public safety and leave policy makers blind when grappling with the growing problem of hate crimes and bias incidents in America.

Rob says he was discouraged from pressing charges against his landlord due to a lack of witnesses present. The police filled out an incident report but he decided not to pursue it further, in part because he feared reprisal from his landlord. When he found out from ProPublica that the police had marked the report wrong, he said it felt like yet another slight.

“It’s just sad to hear because I know she was targeting me for being a gay man,” he said.

As ProPublica reported last year, when asked for hate crimes data, many police departments said they hadn’t investigated any hate incidents, had no records on file, or that their records were poorly kept. Some police departments don’t mark bias-motivated crimes as such, or officers aren’t sure of how to mark hate crimes within their record systems.

ProPublica found that many of the anti-LGBTQ crimes mismarked as anti-heterosexual were vandalism and involved the use of a common anti-gay slur. Even Palm Springs, California — which has one of the highest proportion of same-sex couples in the country, according to a census analysis by UCLA’s Williams Institute — misreported an anti-gay hate crime as anti-heterosexual.

In a few cases, victims were straight but were targeted by suspects who believed them to be gay. Even in cases of mistaken identity, the FBI instructs police to mark the perceived bias of the aggressor — in these cases, as anti-LGBTQ. In Columbus, Ohio, a straight man was called a “faggot” before he was assaulted. The report, however, indicated that the attack was motivated by anti-heterosexual bias. In Gainesville, Florida, a straight woman and her female roommate were targeted, police correctly marked it as an anti-lesbian hate crime on the incident report, but it was reflected in the FBI’s data as an anti-heterosexual incident. Officials weren’t sure why.

For example, San Leandro, California, reported three anti-heterosexual hate crimes to the FBI between 2014 and 2016. Judy Park, the department’s records supervisor, acknowledged that all three were in fact anti-gay hate crimes. She said the cases had been added to the department’s internal system correctly, but the computer software had extracted the bias code number wrong — showing a 44 (anti-heterosexual) instead of a 41 (anti-gay male) on the incident reports. Park said she would work with the software vendor to fix the problem and try to correct the mistake with the FBI. “Thank you for bringing it to our attention, because we never would have known,” she added.

Officials from five other police departments — Tehachapi, California; Evesham and Princeton, New Jersey; Columbus, Ohio; and the University of Tennessee, Knoxville — also said they would work to correct such errors with state or federal agencies.

In some cases, police reports obtained by ProPublica showed no indication of a bias motivation in the description of the crime.

A number of these cases involved thefts, robberies and credit card fraud. In Benton, Kentucky, a few days before Christmas 2016, a suspect walked out of a Walmart with a shopping cart full of stolen merchandise, including drones, a scooter and a video game controller, according to Benton Police Chief Jeremy Hicks. He acknowledged the case was mistakenly mislabeled as an anti-heterosexual hate crime.

The erroneous reports suggest that the FBI is undercounting anti-LGBTQ hate crimes, which represent a significant portion of U.S. bias crimes. The FBI’s 2016 hate crimes report showed that sexual orientation-based bias crimes were the third most common hate crimes. The vast majority of those targeted victims for being gay, lesbian or bisexual. According to a National Coalition of Anti-Violence Programs report, 2016 was “the deadliest year on record” for the LGBTQ community.

A statement from the FBI was unavailable at press time. We will update this story once we receive it.

To be sure, hate crimes against heterosexual people are possible. Federal law lists “sexual orientation” as a category of hate crimes, and a crime perpetrated against somebody for being straight would be a hate crime under federal law. But if there have been any of these crimes investigated or charged, it’s tough to find them in public records.

The difficulty of finding bona fide anti-heterosexual bias crimes or incidents is reflected by the lack of tips gathered by ProPublica’s Documenting Hate project. We’ve collected more than 500 tips from people who say they or someone they know was targeted because of their sexual orientation — but no tips at all from people who say they were targeted based on being heterosexual.

Anti-heterosexual hate crimes are so rare that experts working on hate crimes for years struggled to recall them, citing two cases of straight men getting assaulted at gay bars and a few attacks on religious institutions by gay activists in the 1990s.

ProPublica identified a handful of anti-heterosexual cases that fell into a gray area.

In Canton, Ohio, a yard sign opposing gay marriage was knocked over, damaging the steel posts holding it up. In Louisburg, North Carolina, signs encouraging people to vote for a state amendment to ban same-sex marriage were stolen multiple times in front of a Baptist church.

Police officials from Stark County, Ohio, and Franklin County, North Carolina, told ProPublica they weren’t sure why the incidents were reported to the FBI as prompted by anti-heterosexual bias. Experts weren’t sure how to classify these crimes, saying they could potentially reflect political or ideological bias.

“It means that police fundamentally are not investigating hate crimes,” she said. “Hate crime needs to be more than checking a box.”