Suspect held in prison on multiple charges including corruption of minors 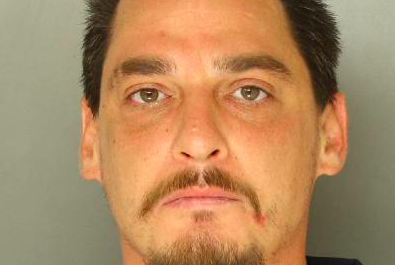 A Lancaster man is facing criminal charges after police say he supplied his 16-year-old daughter with a dose of heroin that resulted in a near-fatal overdose this past weekend.

According to Lancaster City Police, 34-year-old Kerry Lynn Long provided his daughter a dose of the drug that left her unconscious Saturday night on the second floor of a residence in the 600 block of Poplar Street.

Officers who responded to a report of the overdose found packaging material consistent with the use of heroin and administered a nasal application of naloxone, which failed to revive the victim on the first attempt. A paramedic later administered additional doses and the girl regained consciousness.

Police said the victim informed officers that she had obtained the drug from her father. She was taken to an area hospital for additional treatment and observation.

Long was taken into custody on an unrelated bench warrant stemming from charges of conspiracy to commit burglary and criminal mischief in Ephrata last March.

Authorities have charged Long with aggravated assault, corruption of minors, endangering the welfare of children and possession with intent to deliver heroin. He remains held at Lancaster County Prison in lieu of $1,000,000 bail.