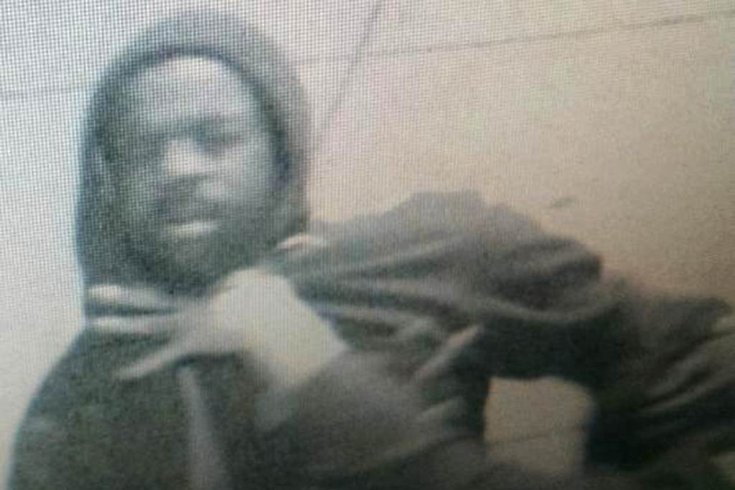 Police issued this still photo from surveillance video of a suspect wanted in an attempted rape earlier this week on a South Philadelphia street.

Police are asking the public for help in identifying a suspect in the attempted rape of a young woman on Wednesday in South Philadelphia.

On Friday morning, police issued a photo of the suspect wanted in the attack that occurred around 1:30 a.m. on the 1300 block of Wharton Street. According to authorities, the victim, 19, told police that a black male suspect followed her from behind and forced her to the ground while pulling down her top and exposing her breast. The victim was able to Mace the attacker in the face, and he fled north on the 1200 block of South Clarion Street.

The suspect is described as a black male who is about 37 years old, about 5 feet 7 inches tall and 225 pounds with a medium build. He was last seen wearing a black hoodie and black pants.

In a similar incident early Wednesday morning, police said a 29-year-old woman in North Philadelphia was allegedly forced into an alleyway at knifepoint along the 900 block of West Somerset Street. Police said the victim had her pants ripped down, but it was not immediately clear how she managed to escape.

The suspect in the second incident is described as a 30-year-old black male, about 5 feet 5 inches tall and between 130-140 pounds with a light complexion. He was last seen wearing stonewashed jeans and a navy blue hoodie with a hand on it.