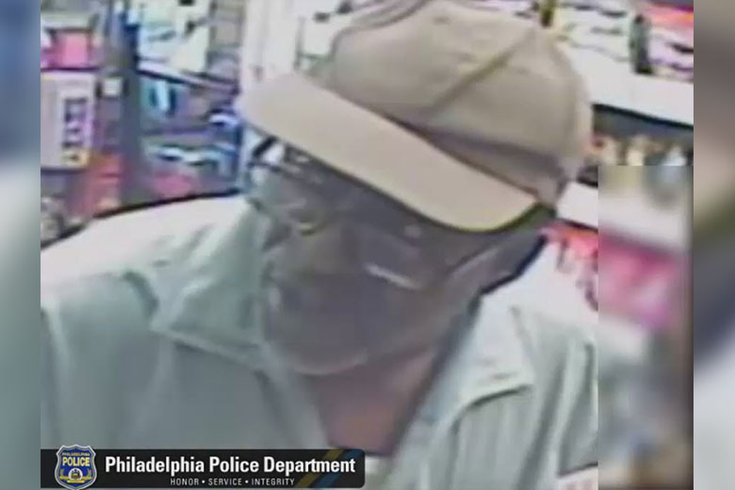 This suspect is wanted by police for scamming a woman and stealing her money.

A senior citizen was scammed and had her money stolen in Southwest Philadelphia, police announced Wednesday.

According to authorities, the 68-year-old female victim said she was approached by the three suspects on the 5700 block of Woodland Avenue on Aug. 21.

The woman said they told her they had found a bag full of money and wanted to share it with her, but she refused.

She told police two of the suspects then began searching through her shopping bag, and when she asked them to stop, the fled, operating a gray four-door sedan.

After they left, the woman said her money was gone and the bag the suspects left was full of paper.

Video of two of the suspects at a nearby convenience store show them counting out the victim's money, police say. Watch it here:

The black male suspect is described as about 50 years old with a medium build, a mustache, and a light beard. He was wearing glasses, a tan baseball hat, a short-sleeve dress shirt, blue jeans, and white sneakers.

The other two female suspects are both described as black, with the first aged around 50 and having an accent, while the other, aged around 30, was wearing a flower print shirt and black pants.