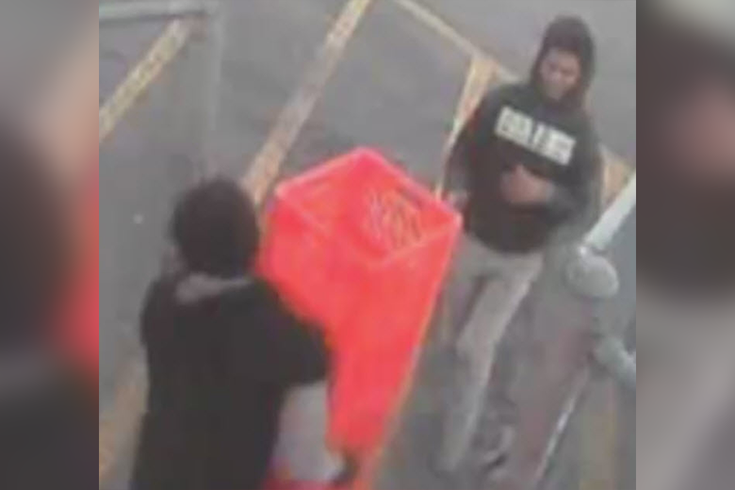 The theft, which was captured on surveillance video, occurred Oct. 28 around 6 p.m. at the Wawa located at 2535 Aramingo Avenue.

Authorities said three male suspects pulled up to the rear of the store in an older-model green Saturn sedan. They swiped several milk crates from an enclosed area and loaded them into the vehicle before the fleeing the scene.