$69,000 reward in vandalism at Mount Carmel Jewish cemetery in Philadelphia 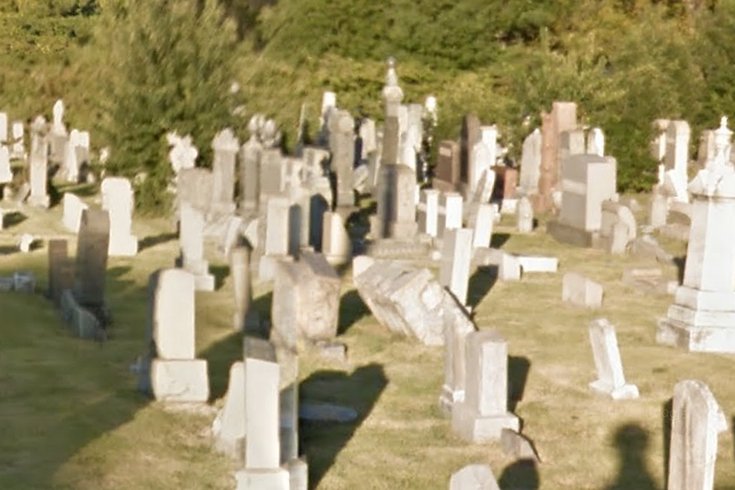 Mount Carmel Cemetery at Frankford and Cheltenham avenues in the Wissinoming section of Philadelphia.

Philadelphia police are investigating after dozens of headstones were reportedly vandalized at a Jewish cemetery in the Wissinoming section of the city.

According to authorities, police responded Sunday morning to a call about vandalism at the Mount Carmel cemetery located at Frankford and Cheltenham avenues.

Officials said they received a report that three headstones had been damaged and toppled to the ground. An inspection of the cemetery revealed that about 100 headstones were damaged. Investigators believe the vandalism occurred some time after dark on Saturday.

The Jewish Federation of Greater Philadelphia has begun raising money to make repairs at the cemetery, supplemented by donations from a private GoFundMe page and a pledge from the Philadelphia Building Trades Unions.

A reward totaling $69,000 has been made available to anyone with information leading to the arrest and conviction of those responsible for the crime. The Anti-Defamation League and Mizel Family Foundation are offering $10,000; Philadelphia City Councilman Alan Domb is offering $12,000; anonymous donors are offering $11,000; the Philadelphia Fraternal Order of Police Lodge #5 is offering $3,000; Miami resident Ronald Firman and Las Vegas resident Martin Burns are together offering $18,000; and the Office of Philadelphia Mayor Jim Kenney is offering $15,000.

Kenney issued a statement of support for the families affected by the vandals.

"My heart breaks for the families who found their loved ones' headstones toppled this morning," Kenney said. "We are doing all we can to find the perpetrators who desecrated this final resting place, and they will be prosecuted to the fullest extent of the law.  Hate is not permissible in Philadelphia. I encourage Philadelphians to stand with our Jewish brothers and sisters and to show them that we are the City of Brotherly Love and Sisterly Affection."

The incident comes after a series of vandals targeted synagogues in Philadelphia and across the United States, prompting an investigation by the FBI and U.S. Department of Justice. Last week, 11 Jewish community centers across the country received bomb threats, though all of these cases were determined to be hoaxes. A total of 54 Jewish community centers have received such threats since the start of the year.

“When any community is targeted with violence and intimidation, no Pennsylvanian is truly safe and our whole society is threatened,” Attorney General Shapiro wrote in a letter to U.S. Attorneys and the Pennsylvania District Attorneys Association. “These attacks are an affront to the liberties our country and Commonwealth were founded to protect. They must not and cannot be allowed to stand and I appreciate the important work that you and your agency are doing to combat this threat.”

Philadelphia's Northwest Detectives are investigating the incident at the Mount Carmel cemetery.