A variety of cuisines featured, from Puerto Rican to Cambodian 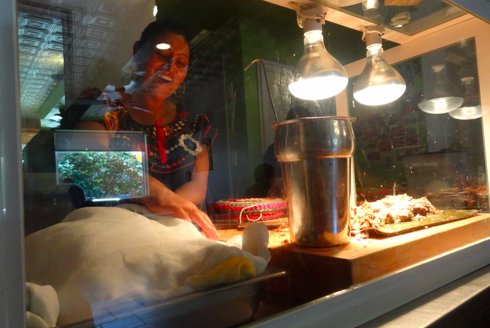 Chef Christina Martinez is inviting a diverse group of chefs to host multi-night pop-ups at her restaurant South Philly Barbacoa this summer.

South Philly Barbacoa is hosting a series of summer pop-up events in which guest chefs will take over the Mexican kitchen for several nights a week.

Beginning next week, the guest chefs will cook and sell their own food from the beloved Italian Market taqueria on weeknights – when the restaurant is typically closed, Eater Philly reported. As usual, South Philly Barbacoa will serve its standard menu on Saturdays and Sundays.

The takeovers will begin next week and extend through the week of Aug. 17.

The restaurant's owners, Cristina Martinez and Ben Miller, know many of the participating chefs through their activism on immigration reform.

The cuisine featured in the three- and four-day pop-ups will vary widely, ranging from Filipino to Cambodian to Puerto Rican.

During the week of July 13, South Philly Barbacoa will be taken over by chef Harold Villarosa, who immigrated from Iloilo, Philippines to New York City at age nine. He plans to serve his traditional Filipino cooking, including his fan-favorite crab fried rice dish.

Malik Ali will host the pop up during the week of July 20, cooking soul food. At a prior pop-up in June, Ali served oxtail mac and cheese, fried shrimp and grits, and punch-bowl cake, a desert consisting of vanilla custard, caramelized pineapples and graham crackers.

Cambodian chef Chinchakriya Un will take the helm the week of July 27. The cook is familiar with the format from running her longtime pop-up Kreung, which shares the name of a Cambodian spice paste she uses in her many grilled meat and seafood dishes.

The week of Aug. 3 will feature the cooking of Maria Mercedes Grubb, a Puerto Rican chef. The James Beard finalist is a chef at Gallo Negro in San Juan.

Philadelphia native Chris Paul will cook Caribbean and Haitian food during the week of Aug. 10. The Drexel graduate cooked dishes like Legim Ak Bef with Diri Nasyonal (vegetable stew with beef, red kidney beans and rice) at his last pop-up.

The final chef scheduled to participate is Cybille St. Aude, who will host the week of Aug. 17. Her cooking also is rooted in Caribbean and Haitian cuisine.