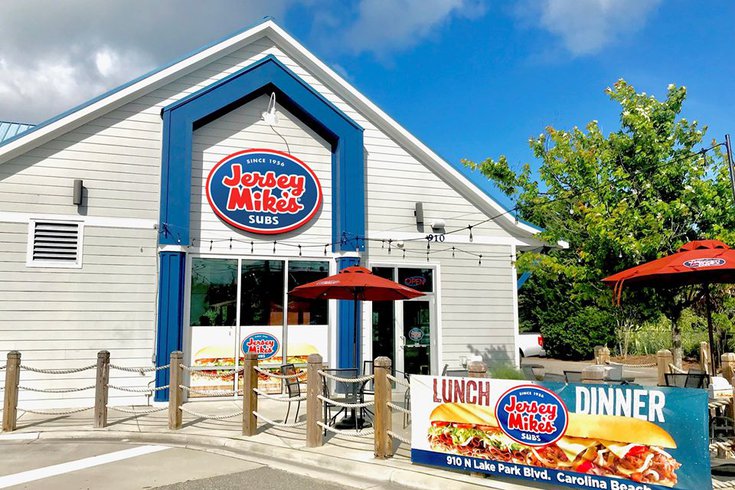 Jersey Mike's Subs was the subject of a Twitter prank that claimed the company was renaming its BLT sandwich a "BLM" to show support for Black Lives Matter. The person who created a fake statement later explained it was done to make a point about corporate gestures.

Throughout the month of June, Twitter and other social media platforms were rife with corporate statements of solidarity with Black Lives Matter and the peaceful protesters against racism and police brutality.

It was only a matter of time before someone came along with an over-the-top prank.

On Tuesday night, it came at the expense of Jersey Mike's, the hoagie chain based out of Wall Township in Monmouth County. The company has about 2,000 locations across the United States.

Twitter user Yassir Lester posted a photo of an apparent statement from Jersey Mike's. The statement claimed the company would change its BLT sandwich into a "BLM" sandwich, dropping the "to" from "tomato."

“We here at Jersey Mike’s are always striving for greatness. With our sandwiches, but also in our community," the fake statement said. "We have listened to the larger cultural conversation and have decided that effective tomorrow, July 1, our famous BLT: Bacon, Lettuce, and Tomato sandwich, will now be known as the BLM: Bacon, Lettuce, and ‘Mato sandwich.”

The official social media accounts for Jersey Mike's showed no indication that the statement came from the company. That didn't stop some people from believing it was real.

Jersey Mike’s heart was in the right place...but how was “BLT” a problem? Was the tomato perpetuating racism? pic.twitter.com/WjOyT77VqX

Jersey Mike’s marketing team in the morning trying to figure out what happened pic.twitter.com/20C0KDNH29

Jersey Mike’s is what happens when you don’t have any black representation in higher up places but want to be performative lol. pic.twitter.com/0cTexKyzdt

Jersey Mike’s after changing the name of their BLT sandwich to the BLM sandwich pic.twitter.com/8zg61thHMG

With the Jersey Mike’s BLT being renamed to the BLM we’re one step closer to that “$5.99 Black Lives Platter” meal meme thing being reality and it’s killing me

Damn... so many corporations have slipped this hard that I honestly don't know if this is a joke. pic.twitter.com/vBDD8TLKDc

On Wednesday morning, the original account that posted the fake statement fessed up to the prank. Lester, a comedian and writer, issued his own statement.

"Jersey Mike's didn't say this, no. But a lot of corporations have come close," Lester said. "They've all promised money to 'the community' yet we have no idea where any of it is going. We need to divest from police and invest in an infrastructure that keeps Black and other marginalized groups terrorized by law enforcement safe and accountable."

Some replies to Lester's tweet pointed out that the Jersey Mike's idea was not entirely beyond the realm of reality, somehow.

The irony is, here in the UK the store chain Marks & Spencers actually did something very similar with LBT sandwiches... pic.twitter.com/xqPOK1sLIE

Another user praised Jersey Mike's for its help in the community during the coronavirus pandemic.

Sidebar...but Jersey Mikes was incredible about supporting frontline healthcare workers during the pandemic. Every day at my wife's hospital (in NJ) and many others there would be a huge table of JM subs. That doesn't make this right, but their hearts seem to be in a good place

Others have been critical of Lester for satirizing the issue at the expense of an uninvolved company, rather than addressing it in another venue.

Making light of the attempt of people to address systemic racism is offensive. You could make reasoned argument, but it is much easier to make fun of people.

Wow ... if that were my trademark, I’d sue you into oblivion. You’ve done harm impersonating a company that did Nothing to deserve it. And no, you weren’t trying to make some profound commentary on corp. pandering... just an exploitation of the BLM message... just a cheap joke.

I think one of the weirder things to come out of this is that a lot of people think I’m a girl? pic.twitter.com/qZgsSmTMah

As of Wednesday afternoon, Jersey Mike's has not responded to or addressed the fake statement in any way.