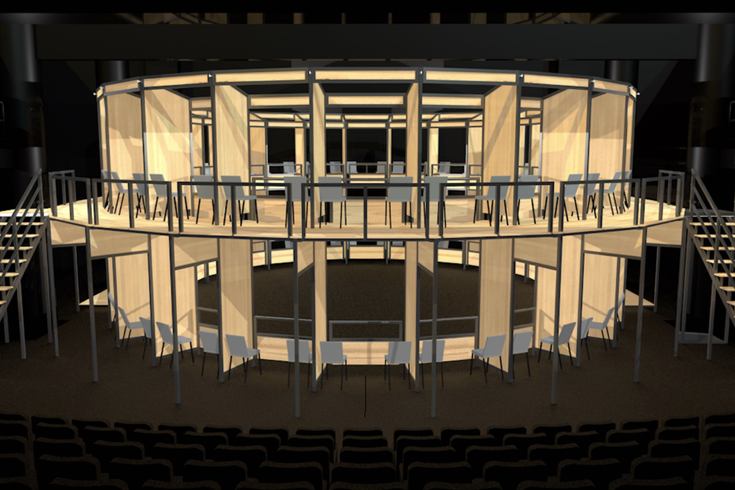 The Wilma Theater in Philadelphia has announced plans for an arena constructed with individual stalls to keep audience members separated from each other.

The Wilma Theater announced on Wednesday plans for an arena inspired in part by Shakespeare's Globe in London.

Audience boxes will be separated from one another by wooden dividers, but open to the stage. Called the Wilma Globe, the new arena is a result of planning and problem solving to keep the Wilma functioning during and after the COVID-19 health crisis. 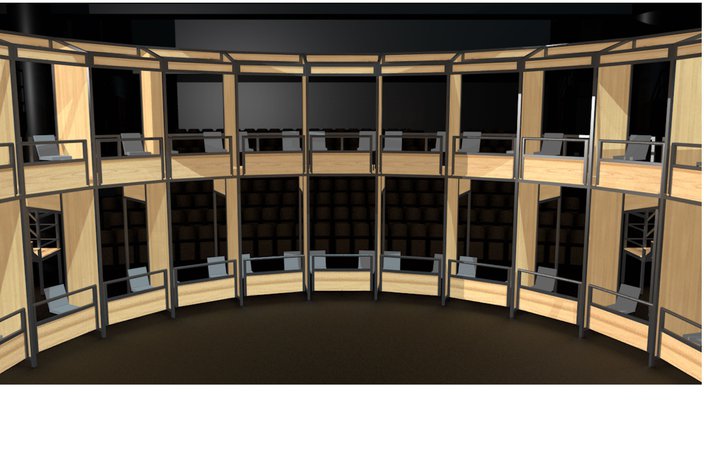 Inside the new Wilma Globe.

"From the very first day of this pandemic, we all agreed to take this crisis as a challenge, an opportunity to rethink and to reinvent," lead artistic director Yury Urnov said. "We began by asking ourselves a question: how can we stay close, yet apart?"

The Wilma Globe will be able to fit 35 to 100 people and can be reconfigured into a semi-circle, horseshoe and more depending on the specifics of the show.

In addition, the arena plans to use video streaming "not merely as a technical solution but as an opportunity for artistic invention." Cameras will be installed inside the Wilma Globe for each production. The goal will be to stream a high-quality version of the play taken from rehearsals, in order to open productions to a wider audience.

"The Wilma Theater in Philadelphia has put considerable thought into how they can bring their next season (beginning in late 2020 or early 2021) to audience members, all while ensuring that the health and safety of both patrons and artists remain a top priority," a press release states.

More details on the shows taking place next season are available online. The theater is located at 265 S. Broad St.