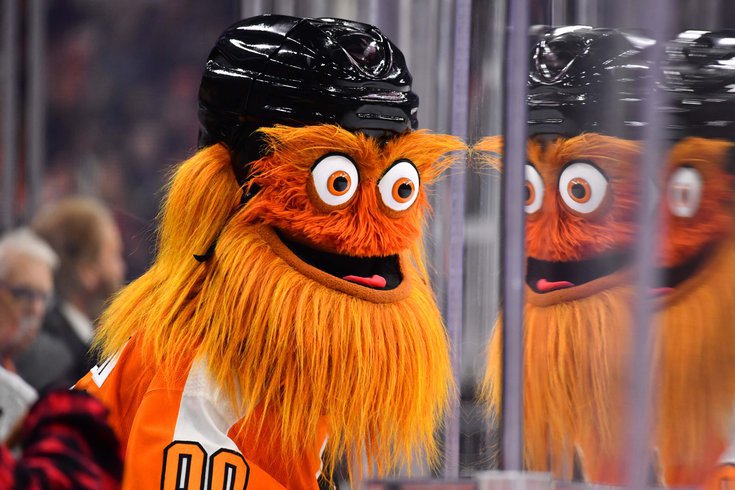 Philadelphia Flyers mascot Gritty has had a busy week, first popping up in a mini-episode of Netflix's "Queer Eye" and now making an animated appearance on Adult Swim's "Robot Chicken."

No matter what Gritty does, it seems he can't quite shake the rap that he's a bit belligerent.

You'll recall that Gritty was accused last year of assaulting a 13-year-old boy during a meet and greet at the Wells Fargo Center. The Philadelphia Police Department investigated the allegations made by the boy's father and ultimately exonerated Gritty earlier this year.

Maybe it's the Broad Street Bully label, but now Gritty has been cast as a violent mascot who attacks other NHL mascots.

@CrossingBroad @JoyOnBroad While everyone's busy talking about #Gritty on #QueerEye, he also made an... ummm... appearance this week on Adult Swim's #RobotChicken, and I have no words. @GrittyNHL pic.twitter.com/YHCOmboarC

The "Robot Chicken" segment loosely spoofs the 1994 feud between Tonya Harding and Nancy Kerrigon, who was bludgeoned in the leg as part of a planned attack at the U.S. Figure Skating Championships in Detroit.

In this case, Gritty is out to get Edmonton Oilers mascot Hunter, a Canadian lynx, for stealing some of his shine and rubbing it in during a skating competition.

While the sketch itself comes from deep left field, this does put Gritty in some pretty illustrious company. Everyone from Scarlett Johansson and Bryan Cranston to Chris Evans have appeared on "Robot Chicken," so good for Gritty.

If he wants plausible deniability, Gritty could point out that the Flyers logo used in the sketch is missing the third and fourth wings. Couldn't have been him. Case closed.