Nifty Fifty's in South Philly hiring ahead of near-future opening 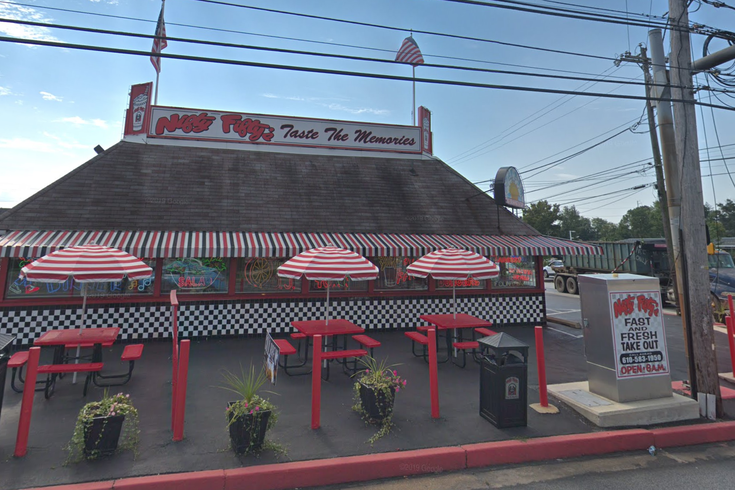 Nifty Fifty's will open a fourth location, its first franchise at 10th Street and Oregon Avenue in South Philadelphia. The location pictured above is in Ridley Township, Delaware County.

More than a year has passed since diner chain Nifty Fifty's announced plans to open a new location in South Philadelphia. Despite the uncertainties of the coronavirus pandemic, the restaurant is now hiring and plans to open soon.

The restaurant, slated for 10th Street and Oregon Avenue, shared a photo of its checkered storefront and revealed it is "coming soon," although a specific date was not given.

The chain also announced it is still rounding out its staff.

The restaurant is known for its 50s-style breakfast menu, burgers, milkshakes and every flavor of soda under the sun.

In the past, Nifty Fifty's had a location in South Philadelphia at the corner of 10th and Reed streets, but the restaurant closed in the early 2000's. The new location will be the chain's first franchise.

In 2013, McGlynn and four other co-owners of the restaurant chain received various prison sentences in a tax evasion scheme.

McGlynn and his co-owners evaded $2.2 million in federal employment and personal taxes, according to the FBI’s Philadelphia Division, and McGlynn was sentenced to 36 months in prison.

With restaurants under severe strain during the COVID-19 crisis, it's still unclear when Philadelphia will permit indoor dining. Initial plans to enter the green phase of Pennsylvania's COVID-19 reopening process on July 3 now appear to be in jeopardy as the city braces for a second wave of a coronavirus infections.

If Nifty Fifty's opens before indoor dining is permitted, the chain would still be able to provide takeout and pickup service in the city.