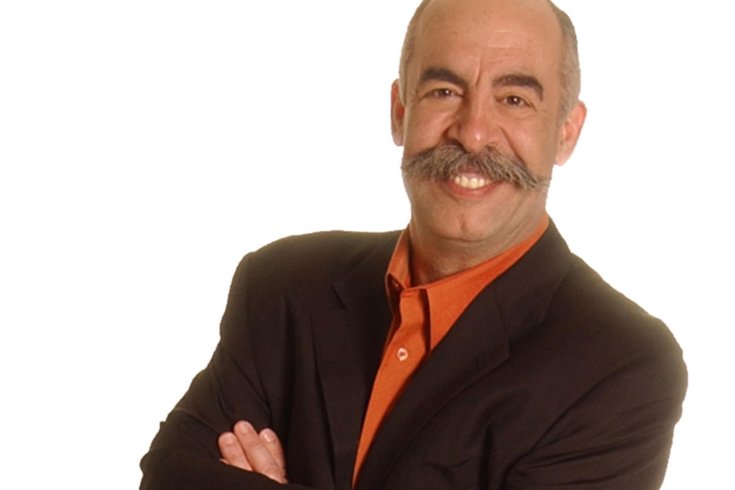 WMGK-FM morning host John DeBella has been a staple of Philadelphia radio since the early 1980s.

Popular radio host John DeBella has been accused of repeatedly sexually harassing and groping a former co-worker on his morning program on WMGK 102.9-FM.

Jennifer Neill, who worked as a "sidekick" on "The John DeBella Show," filed a federal lawsuit Friday against DeBella, the Beasley Broadcast Group and others.

She contends the harassment extended throughout her time on "The John DeBella Show," which she first joined as a traffic reporter in 2002. Known as Jen Posner on the show, she later worked as his sidekick from 2010 to 2016.

The lawsuit includes about 30 alleged incidents of unwanted sexual advancements.

DeBella allegedly grabbed Neill's breasts on multiple occasions. Once, he allegedly complained that he did not get a "good feel" because her bra was too padded.

Additionally, DeBella petitioned her for oral sex multiple times by making lewd comments, according to the suit.

On one occasion, Neill claims DeBella once told her that he'd "been waiting 14 years for a blow job." He also allegedly concluded a Christmas card by writing "Now dry your eye and blow me!"

Another time, DeBella allegedly brought cucumbers into the office, remarking that the largest of the vegetables "could reach your G-spot."

While in the office, DeBella regularly referred to Neill as "bitch," Neill claims.

DeBella, 66, of Haverford, Delaware County, could not immediately be reached for comment.

He celebrated his 35th anniversary as a Philadelphia radio personality in November. WMGK was the third-most popular radio station in Philadelphia in December, according to Nielsen ratings.

The Beasley Broadcast Group, which owns WMGK, did not return a message seeking comment.

Neill claims that the station's management was aware that DeBella sexually harassed her, but did nothing to stop it.

According to the lawsuit, a human resources director observed DeBella pressing his genitals against Neill. The woman allegedly threw up her hands and said "I don't see anything" before walking away.

Also, a program manager allegedly saw DeBella showing Neill a picture of a man performing oral sex on a woman. The program manager replied "Oh, jeez" and walked out of the office, according to the lawsuit.

Neill filed complaints with both the Pennsylvania Human Relations Commission and the Equal Employment Opportunity Commission on Sept. 19, 2016.

After filing the complaints, management told Neill she could continue working with DeBella or take a leave of absence, the lawsuit claims.

She returned to work for one day before taking a leave of absence.

Management also launched a six-week-long investigation into the situation, according to the lawsuit. As part of that investigation, DeBella allegedly dismissed his conduct as "jokes" and "mutual."

Neill was never informed of any discipline taken against DeBella, according to the lawsuit. She allegedly was ordered to return to work with DeBella or resign.

Neill eventually was reassigned as a traffic reporter, which she described as a "substantial demotion," according to the lawsuit.

"Meanwhile, ... DeBella was permitted to remain in his position without any reduction or change in his job duties, reporting structure and status," according to the lawsuit.

In the meantime, Neill filed a second complaint with both the PHRC and the EEOC.