Is it OK to shop generic when it comes to prescription medicine?

They are cheaper than brand-name drugs, and every bit as safe, experts say 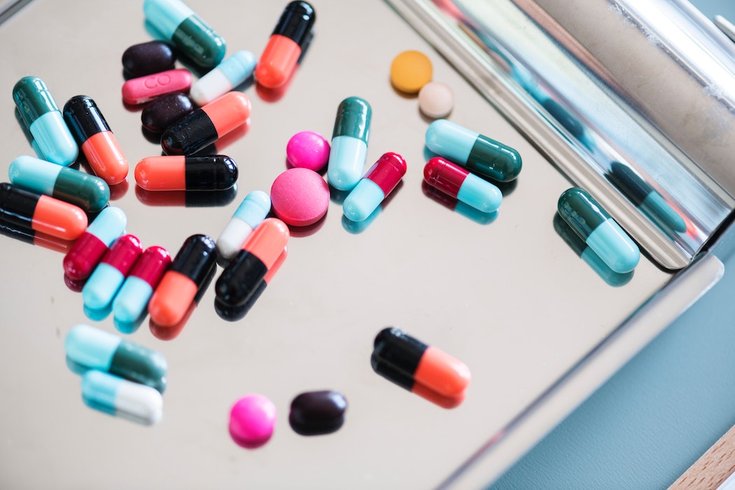 There are 47 safe drop-off sites in MontCo. for your expired and unneeded prescriptions.

Buying generic or “off” brand is one way to shop frugally at a variety of places from Target to Whole Foods, but is there ever a time when generic isn’t good enough? Like, with prescription drugs?

For people with chronic diseases, prescription costs can weigh heavy, even with the help of insurance. According to CNN, actimmune, which is used to boost the immune system in chronic granulomatous disease or to slow malignant osteopetrosis, a rare bone-hardening disorder, is the most expensive drug on the market, clocking in at $52,321.80 for a one-month supply.

And while relatively few people need that exorbitantly-priced drug, it does give an idea of what people are up against in the world of pharmacology. A more realistic example is with EpiPens, which had a huge price spike in 2017 to $600 for a two-pack of the life-saving injection to counter anaphylactic shock. The price was later lowered to $300 for a generic version. Not to mention the concern over the pricing of the forthcoming peanut allergy vaccine, which is estimated to be around $21,000.

RELATED READ: An peanut allergy treatment is slated to hit the market in 2019

Going generic seems like a no-brainer, but does the lower price mean lower quality?

According to the U.S. Food and Drug Administration (FDA), generics cost about 80 to 85 percent less than their name-brand counterparts. (More than 80 percent of the drugs purchased in the United States are now generics.) And, in fact, all FDA-approved generic drugs must be equivalent to the brand-name drug. But there will always be a slight, but not medically important, level of natural variability just as there is for one batch of brand name drug compared to the next batch of brand name product.

Plus, the FDA requires all manufacturing, packaging and testing sites to pass the same quality standards as those of brand-name drugs. And interestingly, many generic drugs are made in the same manufacturing plants as their brand-name counterparts.

With that sort of reassurance from the boss-man of drug regulation, the FDA, there doesn’t seem to be a question in the situation, but it’s always good to double-check.

Well and Good spoke with two medical professionals to get a firm conclusion:

“Many people assume that brand-name medications are ‘better’ because they cost more, and because of brand recognition,” says Michael Grosso, MD, chief medical officer at Huntington Hospital.

“Federal oversight by the FDA has increased at all levels of manufacturing of generic drugs,” says Alan Mensch MD, FACP, FCCP, the senior VP of medical affairs at Plainview & Syosset Hospitals — making the drugs safe and generally just as effective as name-brand ones (no cheap leather or shoddy stitching here). “More than 80 percent of the drugs purchased in the United States are now generics,” he adds.

According to the FDA, generic drugs are less expensive because manufacturers don’t have to repeat the costly clinical trials undertaken by the makers of the name-brand drugs. The generic versions help drive market competition, reducing the cost of all drugs.

All in all, the answer seems to be an overwhelming yes. So feel at ease going generic.