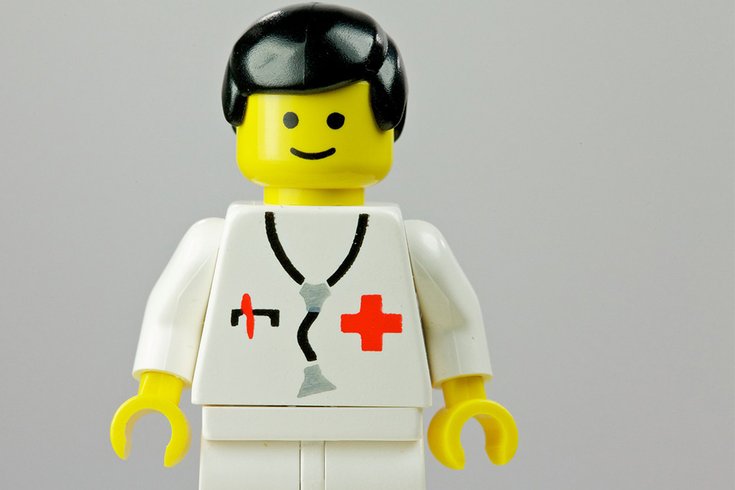 My eyes narrowed when the woman on the voice message told me to call about my “Top Doctor” award.

They needed to “make sure everything’s accurate” before they sent me my plaque, she said.

It was a titillating irony. I don’t have a medical degree, and I’m not a physician. But I am an investigative journalist who specializes in health care. So I leaned forward in my seat with some anticipation when I returned the call last year. I spoke to a cheerful saleswoman named Anne at a company on New York’s Long Island that hands out the Top Doctor Awards. For some reason, she believed I was a physician and, even better, worthy of one of their awards. Puzzled and amused, I took notes.

I asked how I had been selected. My peers had nominated me, she said buoyantly, and my patients had reviewed me. I must be a “leading physician,” she said.

At this point, of course, it’d be tempting to dismiss the call, and the award, as ridiculous. But I knew such awards are the perfect dovetail of doctors’ egos and patients’ desperate need to find a good physician. Many patients assume that the awards are backed by rigorous vetting and standards to ensure only the “best” doctors are recognized. Hospitals and physicians lend credibility to the facade by hanging the awards in their offices and promoting them on their websites.

And now, for reasons still unclear, Top Doctor Awards had chosen me — and I was almost perfectly the wrong person to pick. I’ve spent the last 13 years reporting on health care, a good chunk of it examining how our health care system measures the quality of doctors. Medicine is complex, and there’s no simple way of saying some doctors are better than others. Truly assessing the performance of doctors, from their diagnostic or surgical outcomes to the satisfaction of their patients, is challenging work. And yet, for-profit companies churn out lists of “Super” or “Top” or “Best” physicians all the time, displaying them in magazine ads, online listings or via shiny plaques or promotional videos the companies produce for an added fee.

I accepted the offer, and that’s how I became a “Top Doctor.” It beats years of hard work and drowning in debt from medical school. And it gives me just that right amount of heft when I dole out advice to snuffling colleagues in the newsroom: Go home before we all get sick.

On my call with Anne from Top Doctors, the conversation took a surreal turn.

“It says you work for a company called ProPublica,” she said, blithely. At least she had that right.

I responded that I did and that I was actually a journalist, not a doctor. Is that going to be a problem? I asked. Or can you still give me the “Top Doctor” award?

There was a pause. Clearly, I had thrown a baffling curve into her script. She quickly regrouped. “Yes,” she decided, I could have the award.

Anne’s bonus, I thought, must be volume based.

Then we got down to business. The honor came with a customized plaque, with my choice of cherry wood with gold trim or black with chrome trim. I mulled over which vibe better fit my unique brand of medicine: the more traditional cherry or the more modern black?

“There’s a nominal fee for the recognition,” she said, reverting to the stilted cadence of someone reading a script. “It’s a reduced rate. Just $289. We accept Visa, Mastercard and American Express.”

That sounded a little spendy to get past the ProPublica bean counters, even as a unique reporting cost. I hesitated.

“The plaque commemorates your achievements and more importantly communicates the achievements to your patients,” she said, moving in to close the sale. “It’s a great achievement. I would hate for you to miss it. I can get it to you right now for $99.”

I accepted the offer, and that’s how I became a “Top Doctor.” It beats years of hard work and drowning in debt from medical school. And it gives me just that right amount of heft when I dole out advice to snuffling colleagues in the newsroom: Go home before we all get sick.

Obviously, the Top Doctor Awards company has questionable standards. But it made me curious about the other awards you see online or dominating entire issues of local lifestyle magazines. There’s Castle Connolly Top Doctors, Super Doctors, The Best Docs and many more. The more I looked, the more companies I found heaping praise on doctors and then charging them to market the honor. What criteria are they using? And who are these doctors who accept the awards? I wondered what they would say when I told them that I, too, was one of the chosen elites.

First, I called up some actual experts in health care quality. Not surprisingly, they had nothing good to say. “This is a scam,” said Dr. Michael Carome, the director of the health research group for the advocacy organization Public Citizen. “Any competent qualified doctor doesn’t need one of these awards unless they want to stroke their ego. These are meaningless, worthless awards.”

Carome took it a step further, calling it unethical to hand out the awards or accept them.

Of course, the owners of the for-profit doctor rating companies emphasized their legitimacy, especially over rivals.

John Connolly, co-founder of the company that puts out the Castle Connolly Top Doctor awards, poked fun at my award. “What’s your specialty, Dr. Marshall,” he quipped. “I hope you’re not doing any surgery.”

Connolly said his company depends on nominations by physicians to identify “top doctors.” The New York City-based company has a research team, he said, that checks the license, board certification, education and discipline history of each nominee. This is something that any member of the public could do on public websites maintained by regulators. But such checks would at least ensure someone like me wouldn’t enter the “top doctor” ranks.

Connolly believes it would be “very difficult” to game the nominations but gave me a verbal disclaimer. “We don’t claim they are the best,” Connolly said of his company’s honorees. “We say they are ‘among the best’ and ones we have screened carefully.”

“Among the best” doctors can pay Castle Connolly for an enhanced profile in its online listings. They can also purchase plaques. The company brings in additional revenue by teaming up with magazines to do promotional issues in different cities and regions. “The ‘Top Doctor’ issue is typically the No. 1 newsstand and advertising seller,” Connolly said.

Minnesota-based Super Doctors relies on a similar physician-nomination and credential-checking method. The company has a lengthy disclaimer disavowing any claim that calling someone a “Super Doctor” means they’re actually a good doctor: “No representation is made that the quality of the medical services provided by the physicians listed in this Web site will be greater than that of other licensed physicians.”

Becky Kittelson, research director for Super Doctors, said: “It’s a listing people can go to for a start. We never say you should go to this one.”

Super Doctors also brings in revenue by selling upgrades to the listings on its website, or commemorative plaques. It also sells ads in publications that highlight the doctors.

Perhaps you’ve seen the glossy photo spreads featuring “The Best” plastic or orthopedic surgeons, or other specialists in an airline’s in-flight magazine. Those might be special advertising sections by New York City-based Madison Media Corp. All they’re doing is piggybacking on the work of companies like Castle Connolly or Super Doctors. A doctor who gets one of those awards can buy an ad to be listed in the airline publications, said John Rissi, president and owner of Madison Media.

So how does Rissi know “The Best” doctors in his ads are actually the best? “I guess in this world it’s hard to find the absolute best,” he said. “It’s all through reputation and interpretation.”

Health quality experts fairly snorted at that. Dr. John Santa spent years leading efforts to measure health care quality for Consumer Reports magazine. Anything that relies on nominations, he said, will be gamed by doctors with financial ties to one another: partners who work in the same practice; doctors who refer patients to each other. “If you look at these methodologies, they are rife with economic and relationship biases,” Santa said.

Santa called the various vanity awards an insult to patients, who deserve better information about where to go for care. Even the most legitimate of the awards do little more than verify a doctor’s credentials, he said. “I’m sorry, being in good standing with a state licensing board is a very low bar,” Santa said. “Being board certified is a very low bar.”

A few months after I became a “Top Doctor,” I decided to dig further into how Top Doctor Awards targets its honorees — without pointing out I was one of them. I was directed to Donna Martin, who works in client services. She told me “Top Doctors” could be nominated by their peers because of their achievements. But there’s also a “full interview process,” she said, that includes questions about education, leadership and awards (no one had asked about my English degree from the University of Colorado).

My ears perked up when she said a research team is also involved, but when I asked for more detail, Martin said the specifics are proprietary.

Later, I called Martin back. How good could their methods be if I was one of its “Top Doctors?” She said she would look up my account and call me back. I’m still waiting.

What about my fellow “Top Doctors,” the actual physicians who share my award? Did they understand the dubious honor they’d received? I called Dr. Lewis Maharam, who practices sports medicine in New York City and bills himself as the “Running Doc.” He said he wasn’t surprised that Top Doctor Awards wanted to honor him because he has a wall filled with similar recognitions. “I’m sort of in that echelon or class,” he said. “If you’re finding people that don’t deserve [the awards], then maybe you’re onto something.”

I told Maharam that I am also a “Top Doctor.”

“That’s pretty strong evidence that it’s not legitimate,” he said, changing his tone. “It might have been that my assistant just sent in a check.”

Maharam said doctors are so busy that it’s easy to take advantage of them. It’s good to be included in the lists of honored physicians, even if they are questionable, because it draws in patients, he said. But from now on, when he gets similar offers, Maharam said he will ask how the doctors are chosen. Now that he knows my story he might not pay the fee to renew his “Top Doctor” award in 2019, he said. I decided not to take it personally.

I called about a dozen of my fellow “Top Doctors”: orthopedic and gynecologic surgeons, an allergy specialist, an infectious disease doctor and even an orthodontist. They were all over the country, and there are so many of them I could have kept calling them for days. Mostly I left voicemails, but I did speak to some of their assistants, who were alarmed to learn I was in the “Top Doctor” ranks. Maharam is the only one who returned my call.

I smiled like a proud parent when my faux cherry wood and gold “Top Doctor” plaque arrived in the ProPublica newsroom. The saleswoman had asked me what she should list as my specialty. The whole thing is so silly I probably could have said neurosurgery. But I had to tell her the truth, so I went with “investigations.”