Shelters in the area have been targeted in the past, including a series of arsons in 2017 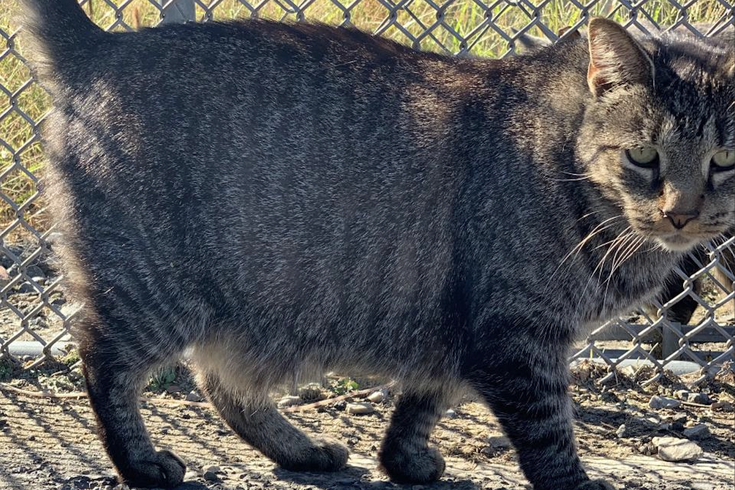 The cat pictured above is one two that were killed by gunfire at a shelter set up on South Philadelphia's Pier 80 last month. The PSPCA needs help from the public to find the person responsible.

The Pennsylvania SPCA is seeking help from the public to find the person responsible for shooting two cats who were found dead at Pier 80 along the Delaware River waterfront in South Philadelphia.

The cats were part of a colony that lives at Pier 80, where they receive food and veterinary services from caretakers who help keep the animals healthy.

One of the caretakers found the two cats dead on Nov. 8 and became suspicious of an intentional killing, humane officers said. Both of the cats had otherwise been healthy and were vaccinated against common illnesses.

Necropsies performed on the cats at PSPCA's Philadelphia headquarters found that each of them had bullets inside of their bodies and had died as a result of shootings.

The bullets recovered from the cats were sent to the Philadelphia Police Department for further processing.

The Delaware River waterfront is a common dumping ground for cats in Philadelphia. Several piers have become makeshift shelters where colonies of strays receive food and care from volunteers, and feral cats are neutered to prevent further growth of the colonies.

The shelters have been targeted in the past, including a series of arsons that occurred at the Pier 70 shelter in 2017.

PSPCA humane officers hope that in the incident last month, the person responsible can be found and brought to justice.

“These acts of cruelty are especially monstrous,” says Julie Klim, CEO of the Pennsylvania SPCA. “Two innocent animals were targeted as part of a callous act, and left to die. Community cats have the same right to a peaceful, safe life as the cats that live in our homes. We cannot stand for such appalling acts against animals and implore those with information about this case to come forward.”

Information about the identity of the person responsible, or others involved, can be reported anonymously to the Pennsylvania SPCA’s cruelty hotline at (866) 601-7722 or by email at cruelty@pspca.org.