Switching up this exercise can improve your athletic performance

Adapting the standard pushup is an easy way to target different muscle groups in one move, researchers say 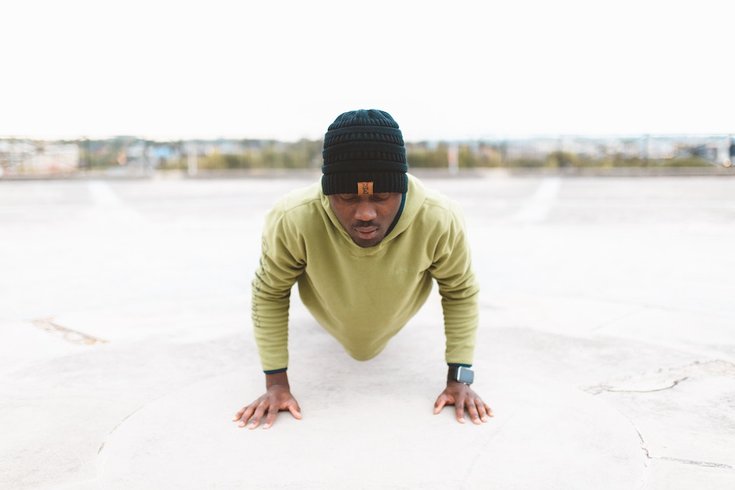 Push-ups, one of the most dreaded parts of many workout sequences, boast the ability to improve range of motion and strength in a golf swing, softball pitch or tennis serve, a new study finds.

The push-up plus, is a take on the challenging move which includes an added step of actively separating the shoulder blades.  According to researchers at the University of Waterloo, who studied the modified move, it is a highly adaptable exercise that can be customized to help individuals with specific needs or goals.

The push-up plus involves changing hand positions and keeping the legs off the ground. It is one of the most effective exercises to strengthen the serratus anterior, the muscle that connects the rib cage to the shoulder blade. A weak serratus can lead to shoulder fatigue and injury.

According to the news release, "In the study, researchers examined 20 healthy male subjects while they experimented with different hand positions and orientations to see which variations would better target and strengthen the serratus. Kinesiology professor Clark Dickerson said they were asking: 'Can we change the muscles that are being recruited?'They found that all variations helped strengthen the serratus, but that some variations were more successful at activating and strengthening other muscle groups."

Researchers studied just about every push-up plus position possible: hands above the head or lower than the head, hands rotated toward the body or away from the body, and on flat palms or on knuckles, according to CBC News, which noted that combinations of those moves — for example, doing the push-up plus on knuckles with hands extended above the head — can be used to result in better muscle engagement.

Researchers also found these modifications can help athletes who want to both strengthen and, arguably more importantly, stabilize the muscles involved in shoulder rotation, especially when playing golf or softball/baseball.