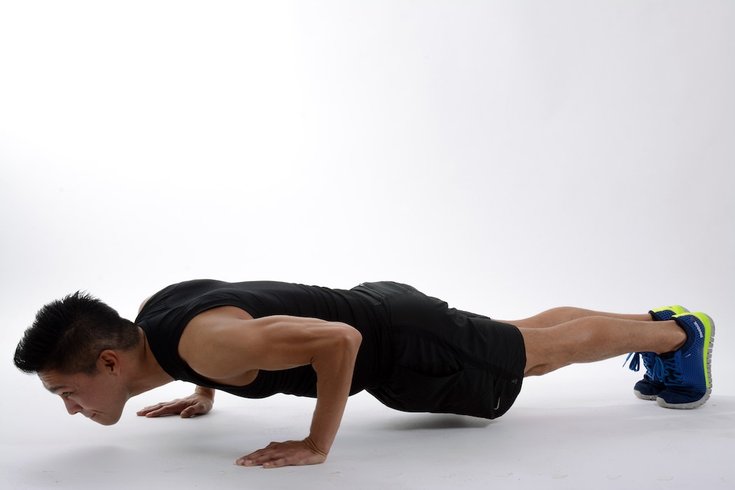 The number of push-ups a man can do may be a good indicator of his risk for heart disease, a new study finds.

Examining the heart health of male firefighters over a 10-year period, the study was conducted by researchers at the Harvard T.H. Chan School of Public Health, and was published in the medical journal JAMA Network Open.

Researchers found that firefighters who could do more than 40 push-ups during a timed test at a preliminary examination were 96 percent less likely to have developed a cardiovascular problem compared to those who couldn't do more than 10, USA Today reports.

RELATED READ: Nearly half of all U.S. adults have cardiovascular disease – study

The findings could lead to an easy test for heart disease risk, said the study’s lead author Dr. Justin Yang. “Using push-ups could be a no-cost and simple method to assess one’s functional capacity and predict future cardiovascular event risk,” he said. “For clinicians this is really important since a lot of tests vary in their results and are very expensive and time consuming. This can be done within a minute.”

To look at possible warning signs of heart disease, Yang and his colleagues turned to data on 1,104 firefighters in Indiana who had health exams between February 2000 and November 2007. Along with push-up capacity, many other measurements were recorded at the same time, including age, VO2 max (the maximum rate of oxygen consumed during intense exercise), height, weight, resting heart rate, blood pressure levels, cholesterol levels, blood sugar levels and smoking status, Reuters reports.

Firefighters also performed a push-up test and an exercise tolerance test on the treadmill. The participants were instructed to do push-ups in time with a metronome set at 80 beats per minute until they “reached 80, missed three or more beats of the metronome, or stopped owing to exhaustion,” according to USA Today.

At the beginning of the study, the firefighters’ average age was 39.6 years and their average body mass index, or BMI, a ratio of weight to height, was 28.7, which is in the “overweight” range. Despite how movies and calendars depict firefighters, the researchers note that this group was fairly representative of the general public in terms of weight.

During the study period, 37 cardiovascular disease-related outcomes were reported among the men, according to the report in JAMA Network Open. What's noteworthy, however, is that of those 37 men, all but one weren't able to complete more 40 push-ups in their baseline physical exam at the outset of the study, Science Alert reports.

Though men who could do 40 or more push-ups had the lowest risk, participants able to perform 11 or more push-ups also showed reduced risk of subsequent heart health problems, USA Today notes.

Reuters notes that one strength of this study is that it relies on a measure of strength rather than on self-reports of physical activity, which can so often lead to inaccuracies.

The study authors note that more research needs to be done before the findings can be generalized to other groups, like women, older people and those who are less active.