Do you know the origins of the colorful, LGBTQ+ symbol? 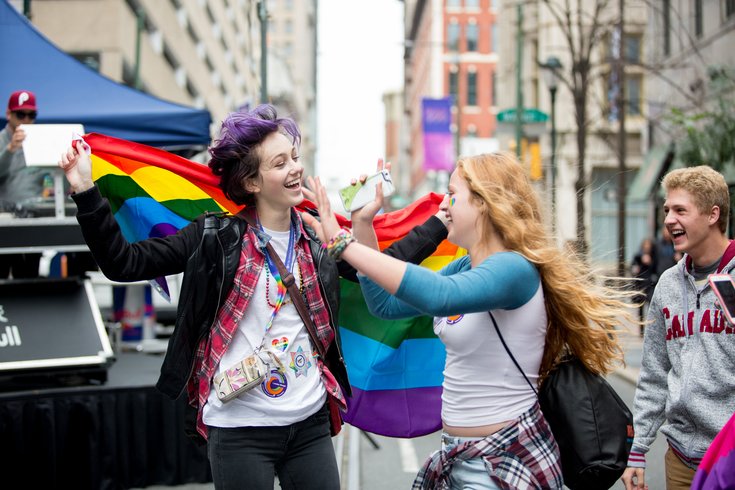 The Rainbow Flag, a symbol of LGBTQ+ pride and community, was first used on June 25, 1978, at the San Francisco Gay and Lesbian Freedom Day Parade.

Artist Gilbert Baker and 30 volunteers hand-dyed and stitched the two original flags to highlight LGBTQ+ issues as both a global struggle and a matter of civil rights.

This June, to mark the flag's 40th anniversary, the Philadelphia Museum of Art will install a Rainbow Flag in one of its galleries. The flag is "a significant example of contemporary design," according to the museum.

On Wednesday, June 27, there will be a party in the museum to celebrate the new addition.

The Philadelphia Voices of Pride will perform on the steps of the Great Stair Hall; board members of the Gilbert Baker Foundation will hold up a historic Rainbow Flag from their personal collection; Amber Hikes of the Philadelphia Mayor’s Office and the museum's design curator Michelle Millar Fisher will offer brief remarks; and Fishtown-based bakery Cake Life will provide celebratory cake and cupcakes.

Admission on Wednesday nights is pay-what-you-wish.

The Rainbow Flag will be on display in Gallery 124 from Tuesday, June 26, through Sunday, July 8.