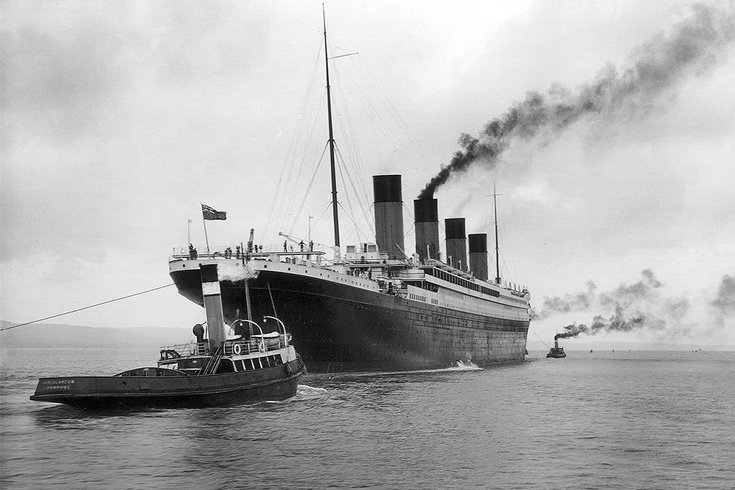 The RMS Titanic leaves Belfast, Northern Ireland for her sea trials on April 2, 1912. New photographic evidence supports the theory that a huge fire was the primary cause of the tragedy, experts say.

An Irish journalist who has researched the sinking of the H.M.S. Titanic for three decades says don't blame an iceberg for the maiden tragedy.

A huge fire – one that may burned for as long as three weeks before the ship went down in the North Atlantic – was responsible, claims Senan Molony, author and political editor of the Irish Daily Mail and former deputy political editor for the Irish Independent, according to a report in the Independent.

Rare photographs, newly published, lend support to the theory of a fire in the ship's hull, experts say.

In April 1912, more than 1,500 passengers died when the Titanic sank on its way to New York City from Southampton, England.

History has long attributed the primary cause of the tragedy to an iceberg, the theory used in the 1997 blockbuster film by director James Cameron.

According to the Independent:

While experts have previously acknowledged the theory of a fire on board, new analysis of rarely seen photographs has prompted researchers to blame the fire as the primary cause of the ship’s demise.

Molony's analysis of photographs taken by the ship’s chief electrical engineers before it left a Belfast shipyard purportedly shows 30-foot-long black marks along the front right-hand side of the hull, near the site where the ship’s lining was pierced by the iceberg.

The theory of a fire as primary cause was promulgated in 2008 by Ray Boston, a longtime Titanic researcher. At the time he said he believed the coal fire started during speed trials, perhaps 10 days prior to its Southampton departure.

Molony also is the author of a number of Titanic books, including "The Irish Aboard Titanic," "The Titanic and the Mystery Ship" and "Titanic Scandal: The Trial of the Mount Temple."

Read the full report in the Independent.