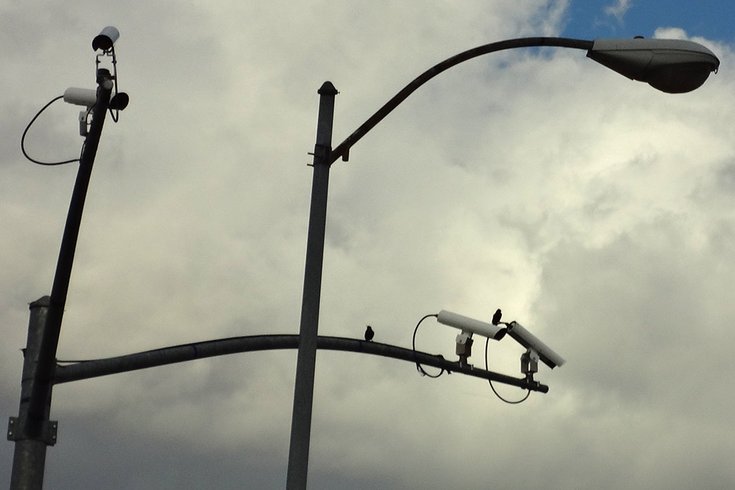 During the past decade, over 438 U.S. municipalities, including 36 of the 50 most populous cities, have employed electronic monitoring programs in order to reduce the number of accidents. Red light camera programs specifically target drivers that run red lights.

In a red light camera program, a camera is installed in a location where it can take photos or video of vehicles as they pass through the intersection. City employees or private contractors then review the photos. If a vehicle is in the intersection when the light is red, then a ticket is sent to the person who registered the vehicle.

These programs aim to reduce cross-street collisions. The idea is that drivers, fearing a higher chance that they will be fined, will be more likely to stop, lowering the number of angle, or “T-bone,” accidents.

However, cameras can have contradictory effects on traffic safety. Some drivers who would have otherwise continued to proceed through the intersection when the light is yellow or red will now attempt to stop. That means that the number of accidents caused by vehicles not stopping at a red light will likely decrease.

But the number of accidents from stopping at a red light – such as rear-end accidents – is likely to increase. That’s not an inconsequential side effect. Some drivers will attempt to stop, accepting a higher risk of a non-angle accident like getting rear-ended, in order to avoid the expected fine.

The overall effect of a camera program on vehicle accidents and injuries depends on the net impact of these two effects. Overall driver safety could increase or decrease.

In our study, we focused on Houston, a major U.S. city that operated a large camera program at 66 intersections between 2006 and 2010.

One reason we chose Houston is to take advantage of the natural experiment that occurred when city residents passed a referendum in November 2010 to ban the cameras.

We accessed detailed accident information on every traffic accident in Texas from 2003 to 2014 through a public records information request. The data included the accident’s precise geocoded location; the type of accident; whether the driver ran a red light; and details on any injuries.

When the Houston cameras were removed, angle accidents increased by 26 percent. However, all other types of accidents decreased by 18 percent. Approximately one-third of all Houston intersection accidents are angle accidents. This suggests that the program’s drawbacks canceled out its benefits.

Our study showed no evidence that cameras reduce the total number of accidents. We estimate that total accidents are reduced by a statistically insignificant 3 percent after the cameras are turned off.

Likewise, there’s no evidence that the camera program reduced the number of traffic-related injuries or the likelihood of incurring an incapacitating injury.

The elevated number of traffic accidents at urban intersections is a serious public health issue. But our study shows that Houston’s camera program was ineffective in improving traffic safety. Electronic monitoring is not the solution.