It seems Redditors were really into push-ups, 'The Office' and Rick Astley 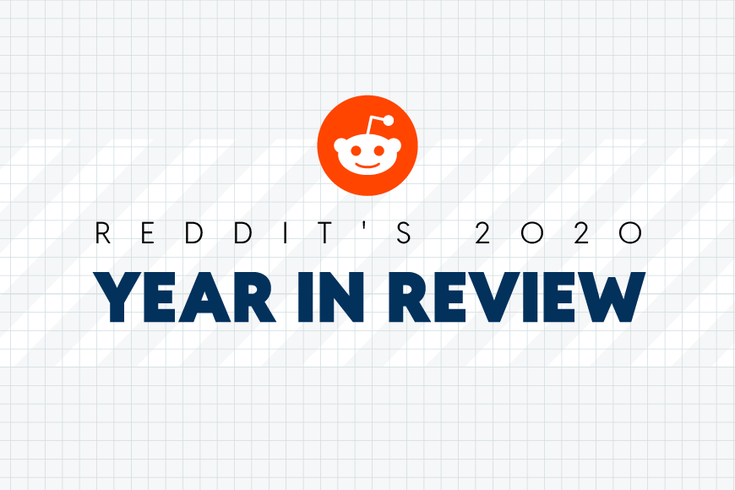 Reddit released its 2020 Year in Review, which can be viewed in full online. Data was pulled from Jan. 1-Nov. 6, 2020. According to the report, there were more than 50 million mentions of COVID, COVID-19 or coronavirus across the platform.

With the end in sight, the usual year-end lists from social media are rolling out. Reddit recently published its own Year in Review, and there's a lot to look back at beyond the fact that there were more than 50 million mentions of COVID, COVID-19 or coronavirus across the platform.

It shouldn't come as a surprise that many turned to the internet to discuss the pandemic and its economic impact, as well as politics and the protests against racial injustice and police brutality that swept the nation. The U.S. election, Black Lives Matter and climate change were at the forefront of Reddit's top news stories.

But beyond highlighting the bigger issues that shaped 2020, the report also gives some insight into how exactly people spent their time during this turbulent year.

Many worked out in their apartments and houses. The home fitness subreddit (a community inside Reddit) saw a 612% increase in activity, with push-ups, resistance bands, pull-ups, jump rope and HIIT workouts discussed the most.

Activity in the Peloton community also saw a bump, possibly because more people bought the brand's indoor cycling bike or used the app while gyms were closed.

People also found themselves in their kitchens pretty frequently in 2020. If you remember way back to the beginning of the pandemic, people got really into baking bread. There was a 378% increase in activity in the sourdough subreddit, and a lot of people browsed the site for old recipes, including one for peanut butter bread.

Looking at entertainment, Reddit noted the year's most popular television shows by community activity included "The Office" and "The Sopranos."

Netflix's "Tiger King" got a mention in the report, too. The enormously popular documentary's subreddit was the No. 1 TV community (by subscriber count) created in 2020.

As for the site's most upvoted post of 2020? It was a photo of Rick Astley in 1989 posted by the singer himself. Astley is perhaps best known for his 1987 chart-topping single "Never Gonna Give You Up." The popular rickrolling meme launched the song, and the singer, into internet infamy in the mid-2000s.