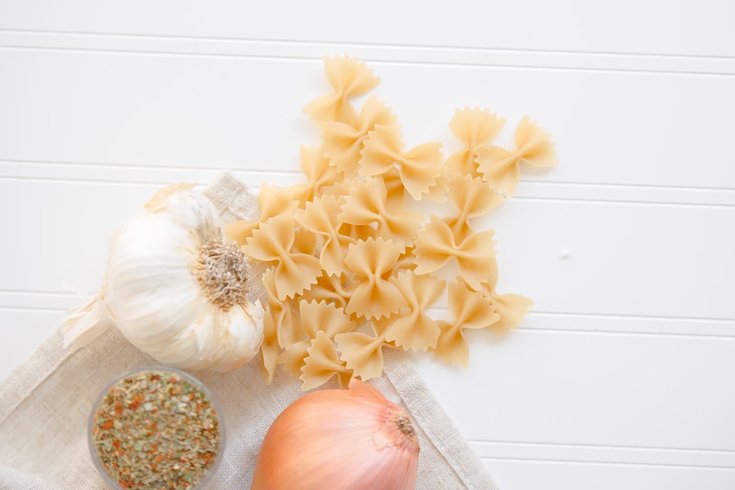 According to a new study in the journal Nutrition and Cancer, the combination of garlic and onions could help reduce the risk of breast cancer.

Most well-known cuisines place an emphasis on the use of onions and garlic as the building blocks of larger flavors. According to a new study in the journal Nutrition and Cancer, the combination could also help reduce the risk of breast cancer.

The six-year study was conducted between 2008 and 2014, according to the University of Buffalo, and included 660 participants: 314 women with breast cancer and 346 control subjects.

The study was conceived because previous evidence of an inverse relationship between consumption of the two ingredients and lung cancer, prostate cancer, and stomach cancer exists, researchers explained in the study's abstract. But evidence for a similar relationship with breast cancer was lacking.

The two ingredients also made sense, according to the study's lead author Gauri Desai, because garlic and onions are rich in "flavonols and organosulfar compounds," which show anti-carcinogenic properties in humans.

The study examined the participants' dietary intake over the course of six years through a food questionnaire. Participants who consumed sofrito, the recipe-starter which includes sautéed onions and garlic, more than once per day had a 67% decrease in risk for breast cancer, compared to women who never ate sofrito, the study found.

Garlic being good for someone's health isn't much of a surprise: it's been touted for centuries for its healing and, perhaps even medicinal, qualities.

A study from 2007, published in the Proceedings of the National Academy of Sciences journal, showed that garlic appears to boost the body's natural supply of hydrogen sulfide, which could explain why it's previously been found to protect against other kinds of cancer.