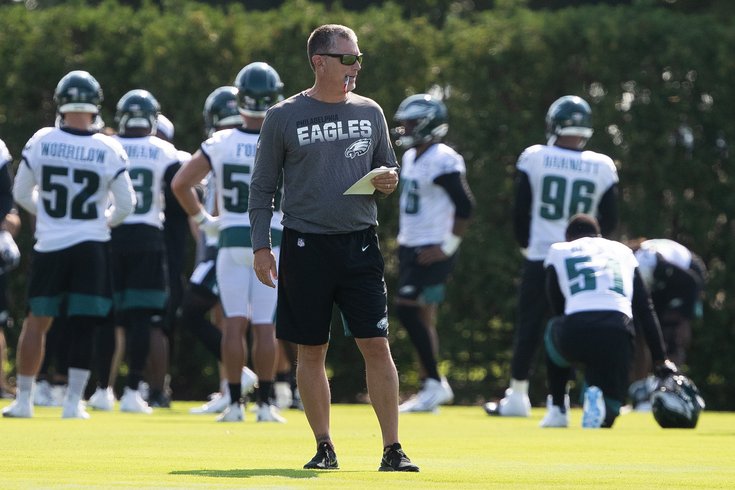 Jim Schwartz has been a good defensive coordinator in the four years he has been in Philadelphia.

Philadelphia Eagles defensive coordinator Jim Schwartz is in demand, as the Cleveland Browns have requested to interview him for their head coaching opening, according to a report from Tom Pelissero of NFL Network.

The #Browns have requested an interview with #Eagles DC Jim Schwartz for their head coaching job, per source.

Schwartz is an accomplished defensive coordinator with an outstanding history of results when he has just focused on the defense. His DVOA rankings, since 2007:

Understandably, the Eagles' defense wasn't elite when their secondary had become so depleted in 2018 that Schwartz was forced to start guys like DeVante Bausby and Chandon Sullivan, and then again in 2019 when, at times, he was once again missing a slew of starters, and conducting a defense with its share of holes, talent-wise.

To finish in the top half of the league in DVOA the last two seasons despite the Eagles' injury issues is no small feat.

Schwartz isn't perfect. I believe there are reasonable quibbles with some of his defensive philosophies. But ultimately, his results speak for themselves, and he has done a good job in Philadelphia in the four years he has been here.

If Schwartz does indeed interview with the Browns and they hire him, the Eagles' defensive coordinator job will be an attractive one, as Doug Pederson has let Schwartz run that side of the ball with near autonomy.

UPDATE [11:35 a.m.] — Schwartz will reportedly interview for the Browns head coaching job on Wednesday, a day after the Giants and Panthers reportedly made coaching hires of their own, leaving Cleveland as the lone vacancy among NFL teams.

The #Browns plan to interview #Eagles DC Jim Schwartz tomorrow and #Patriots OC Josh McDaniels on Friday, per sources. #Vikings OC Kevin Stefanski, a finalist last year, is expected to interview again this week, too. No rush with all other head coach vacancies filled.