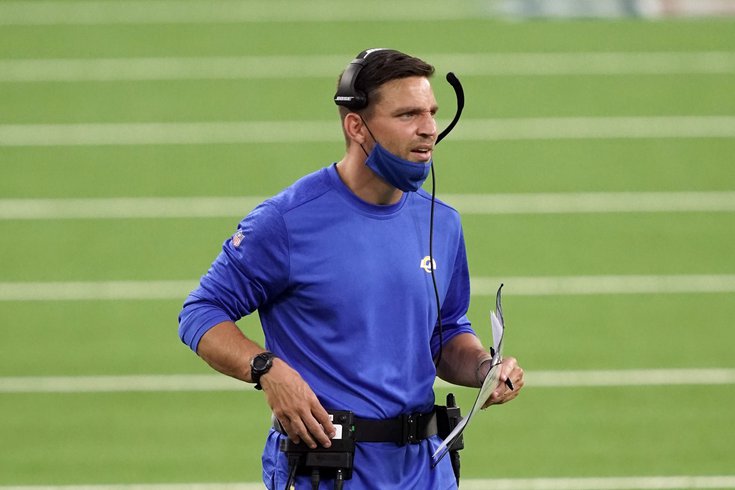 The Philadelphia Eagles are expected to interview Los Angeles Rams defensive coordinator Brandon Staley for their vacant head coaching job, according to a report from Adam Schefter of ESPN.

While conducting HC interviews this week, the Eagles also requested permission - and are waiting - to interview Rams’ DC Brandon Staley for their HC job, per league sources. Staley’s schedule with the Eagles will be dictated by today‘s game vs. Packers.https://t.co/is47GU587U

The Eagles will have to wait, however, until the Rams' season concludes before they conduct that interview. The Rams will play in Green Bay today, and are 6.5-point underdogs, according to TheLines.com.

Staley only has one year of experience as an NFL defensive coordinator, and only four years coaching in the NFL. Prior to landing his initial job in the NFL with the Bears in 2017, Staley coached at an assortment of small schools, and never as a head coach (via Wikipedia):

In Staley's one season as the defensive coordinator in LA, the Rams' defense was the strength of the team. They were ranked No. 1 in the league both in points and yards allowed, they were 10th in takeaways, and they were 4th in DVOA. It's perhaps also worth noting that the Bears were the No. 1 defense in the NFL in 2018, when Staley was part of that staff.

Staley is the fourth defensive-minded head coaching candidate that the Eagles have been linked to so far.