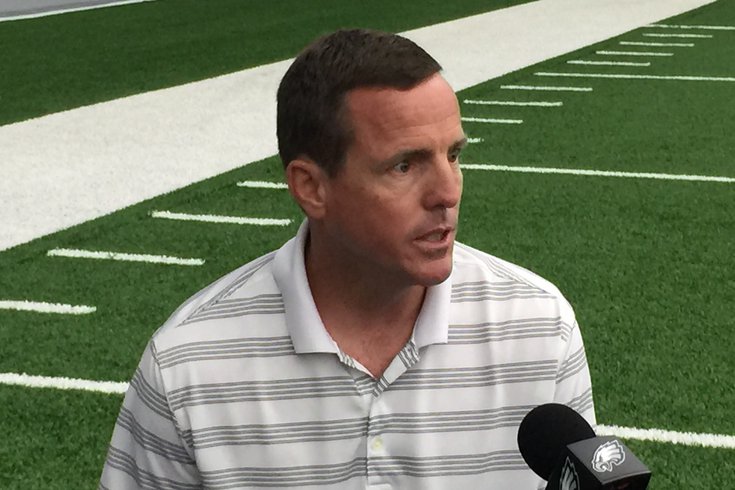 Dave Fipp will not hesitate for a second to rip out your throat.

The Detroit Lions wished to interview Philadelphia Eagles special teams coordinator Dave Fipp, and the Eagles said no, according to a report from Dave Birkett of the Detroit Free Press.

Another name on the Lions coaching front: Have heard the team put in a slip for Eagles ST coordinator Dave Fipp, but Eagles aren't willing to let him go right now

That doesn't necessarily mean that Fipp will be back with the Eagles in 2021. Perhaps the Eagles are merely just allowing their next head coach to decide whether they want to retain Fipp, or not. But certainly, this news increases the odds that Fipp will return.

The Eagles' special teams in 2020 weren't good, and they may have cost the Eagles a crucial game against the Arizona Cardinals late in the season when (1) they had a punt blocked, (2) they gave up a fake punt conversion, (3) Rick Lovato had a bad snap that resulted in a failed PAT, and (4) they had a 22 net yard punt.

But beyond that game, save for a Jalen Reagor punt return TD against the Packers, the Eagles' return game was almost completely nonthreatening, to the point where opposing kick coverage teams were purposely lofting the ball high and short to force returns instead of trying to kick it through the end zone for touchbacks.

The recent backslide of Eagles special teams play might not all be on Fipp. Early in Fipp's coaching tenure, the Eagles worked on special teams a ton during Chip Kelly's practices, and as you can see, after a shaky first season, the Eagles' special teams were among the best in the league, perhaps with some residual carryover into Doug Pederson's first season in 2016.

But as special teams became deprioritized in practice -- and perhaps ignored, personnel-wise -- over the years, special teams production suffered. Anyway, we'll see if Fipp is truly back or not after the Eagles hire a new head coach.

MORE: Following Rivers' retirement, would Colts be interested in trading for Wentz? | Shander: No matter who they hire, next Eagles coach is being set up to fail | Updated Eagles head coaching search tracker