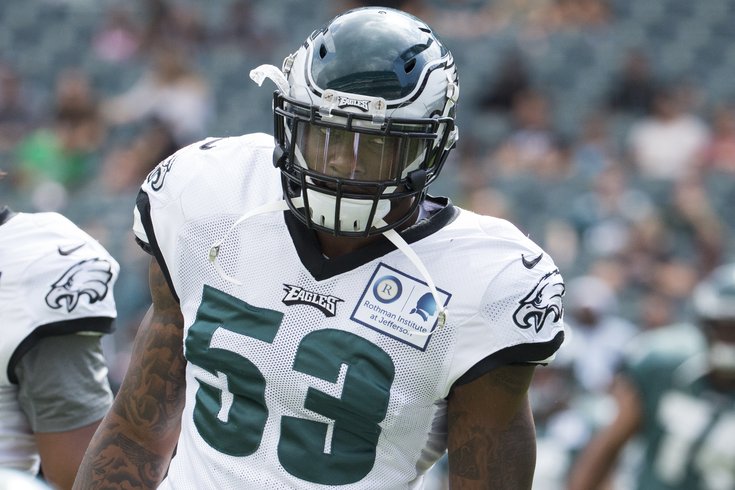 Eagles linebacker Nigel Bradham was arrested at Miami International Airport on Sunday while trying to bring a loaded handgun through security, according to TMZ Sports.

According to the police report, obtained by TMZ Sports, the 27-year-old had put his backpack through the X-ray machine at Miami International when TSA workers noticed a loaded firearm.

Bradham told workers he forgot the gun was in the bag -- and showed officials his concealed weapons permit.

Officials say "it was clear that there was no criminal intent on his part" -- but say they could not just cite and release Bradham since he's still out on bond stemming from a July assault case.  [TMZ Sports]

Bradham, who signed a two-year, $7 million deal in the offseason, was taken into custody and booked for carrying a concealed weapon, a second-degree misdemeanor. He was released later the same day on a $300 bond, according to the report.

That earlier assault case, as you may remember, involved Bradham allegedly beating up a cabana boy over an umbrella at a Miami hotel in July. In the months since, he's maintained his innocence and told reporters on Monday that he's actually due back in court for that case on Wednesday, but failed to mention anything about his latest arrest.

Not exactly the best off-field start to Bradham's Eagles career.