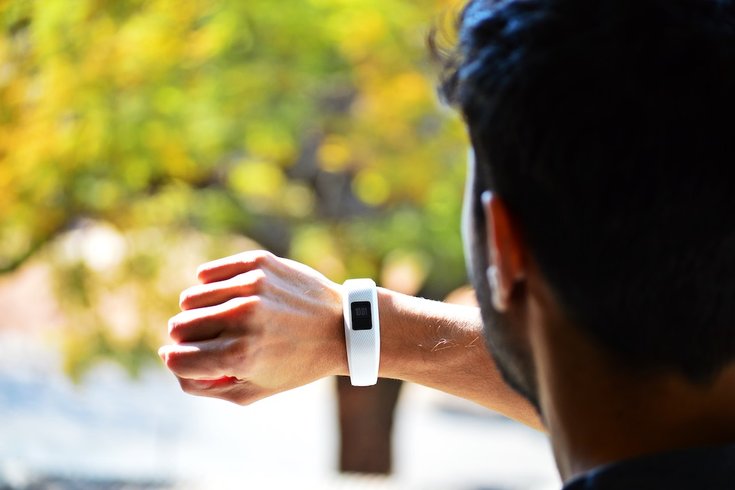 These days, you’re probably not the only person in your friend group, office or family sporting a smartwatch on your wrist. These tech-y watches have broken into the mainstream and serve as, among other things, a fitness tracker — with many tracking the wearer’s heart rate.

This information provided by the smartwatch just got a little more crucial. A new study finds that people in their middle age — in their 50s, specifically — with a resting heart rate of 75 beats per minute have double the risk of dying young, no matter the cause. This rings especially true for men, the study discovered.

Published Monday in the journal Open Heart, researchers found — a random group of 798 men born in 1943 in Gothenburg, Sweden were studied — that an increased heart rate in 50-something men was linked to a higher risk of developing heart disease over the next 11 years, a news release on the study explains.

RELATED READ: Fitness trackers are great, but what do those numbers actually mean?

It’s worth noting that a normal resting heart rate for an adult is 60 to 100 beats per minute (BPM), according to Medical News Today, and refers to a person’s heart rate when they are relaxed.

This is something that most smartwatches are equipped to tell you, and either displayed on the watch or on its accompanying app. (If you don’t have a smartwatch, you can do figure out your heart rate the old-fashioned way – two fingers on the wrist to take your pulse, which Mayo Clinic outlines here).

During this period, 119 of the men died prior to turning 71, while 237 developed cardiovascular disease and 113 developed coronary heart disease. And, according to the release, the men who started out with a heart rate of higher than 55 BPM were more likely to to be unhealthy — putting them at higher risk of developing cardiovascular disease — than those who had a lower heart rate.

The key finding of the study was this: a resting heart rate of 75 BPM, or more, was found to double the risk of death from any cause, including cardiovascular disease and coronary heart disease. Further, the study’s release states that a stable heart rate in these men was found to put them at a 44 percent lowered risk of cardiovascular disease in their coming 11 years.

To break it down further, researchers add that every additional heart beat — above the normal resting rate for adults — was tied to a three-percent higher risk of death, one-percent risk of cardiovascular disease and two-percent risk of coronary heart disease.

While this was an observational study and, therefore, can’t establish cause, researchers said they believe the findings do have merit, adding that “monitoring changes in resting heart rate over time may be important for uncovering future cardiovascular disease risk.”