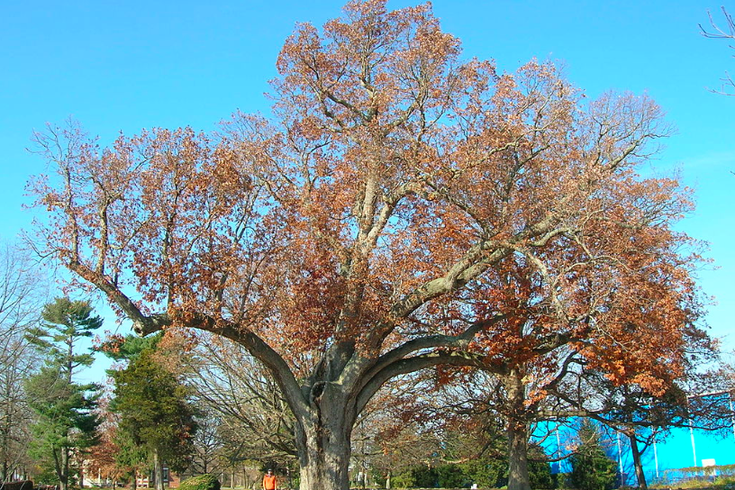 The Historic Salem Oak Tree in New Jersey was estimated to be between 500 and 600 years old. It uprooted and collapsed on June 6, 2019.

A majestic, centuries-old oak tree that was a historic symbol in Salem County came crashing down after it uprooted on Thursday, drawing admirers to the scene to take pictures.

The oak tree was owned by the Salem Religious Society of Friends and had stood in the organization's cemetery, where it fell Thursday night around 6 p.m., according to NJ.com.

Its legend included serving as the location of a 1675 peace treaty between Quaker John Fenwick and the Lenni Lenape native Americans, an event commemorated by a historical marker at the site.

An official with the Salem Religious Society of Friends said the tree had been in declining health for about 100 years. Preservation efforts were reportedly made to keep it standing in recent years, including fertilization and cables to help stabilize its branches.

There was no specific reason given for its sudden collapse, though recent storms and heavy rainfall across the region may have been a factor.

Those who cherished the tree posted tributes to its long and illustrious life.

I don’t know which is worse:
-the fact that Salem Oak tree fell
-my grandpa made this post about it pic.twitter.com/LkEuh7sce6