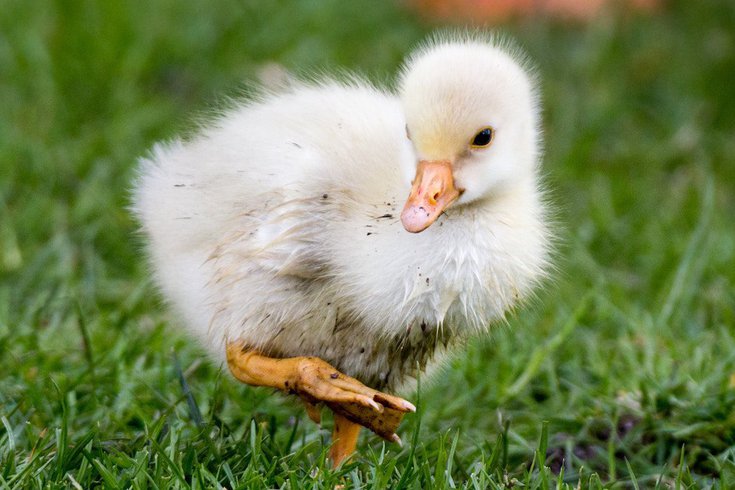 A Salmonella outbreak reported in 48 U.S. states has been linked to backyard poultry. The CDC advises people to take precautions when touching chicks and ducklings.

A widespread Salmonella outbreak has now affected people in 48 U.S. states, including Pennsylvania and New Jersey.

There have been 938 Salmonella cases through Tuesday, leading to 151 hospitalizations and one death in Oklahoma, according to the U.S. Centers for Disease Control and Prevention. The outbreak has sickened 37 people in Pennsylvania and five in New Jersey.

Only Hawaii and Rhode Island have yet to report a case. Kentucky and Tennessee have the most cases.

The outbreak has been linked to backyard poultry, such as chicks and ducklings. No single agricultural store or hatchery accounts for all of the illnesses, CDC investigators found.

Of the 409 sickened people interviewed, 303 reported having contact with backyard poultry, which can carry the bacteria without appearing to be ill.

Though most Salmonella infections are the result of contaminated food, the bacteria can spread by touching infected animals.

The CDC advised people to wash their hands after touching backyard poultry or their eggs.

"Don’t kiss backyard poultry or snuggle them and then touch your face or mouth," the CDC instructed. "Don’t let backyard poultry inside the house, especially in areas where food or drink is prepared, served or stored."

More than 25% of the reported cases were among children under age 5, a group more prone to developing severe Salmonella illnesses. The outbreak has affected people from age 1 to 94.

A similar outbreak in Canada has been traced to red onions from the U.S. There have been 114 reported cases in British Columbia, Alberta, Manitoba, Ontario and Prince Edward Island.

Symptoms of salmonella typically include diarrhea, abdominal pain and fever. The illness typically lasts four to seven days and most patients recover without treatment, however, bloodstream infection can occur in serious cases.