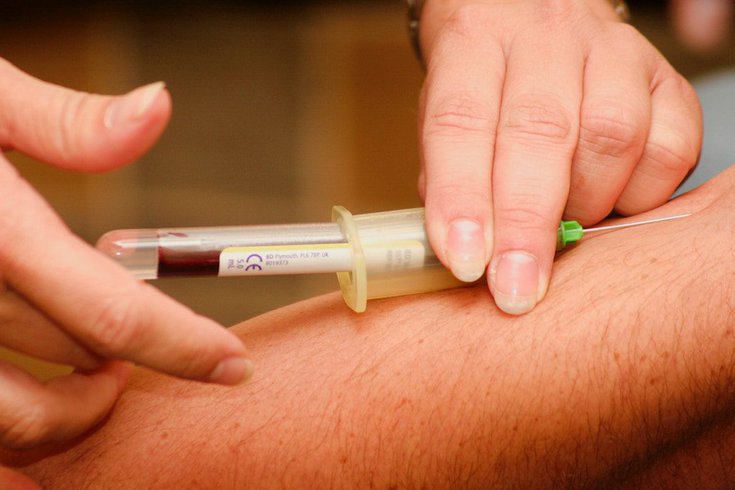 A new blood test for Alzheimer's disease is being hailed as a breakthrough after it was found to be as accurate as more expensive – and invasive – options.

The test, which measures abnormal changes in the biomarker tau, can detect Alzheimer's disease 20 years before cognitive problems with memory and thinking typically show among people with a rare genetic mutation.

The findings were presented Tuesday at the Alzheimer's Association International Conference and published in the medical journal JAMA.

The research suggests blood tests are more accurate than memory and thinking tests. And they also could be a less expensive alternative to brain scans and spinal taps – the only methods that can reliably detect Alzheimer's before symptoms present. Those tests, which measure spinal fluid, are not always covered by insurers and can be difficult to access.

"There is an urgent need for simple, inexpensive, non-invasive and easily available diagnostic tools for Alzheimer’s," said Maria C. Carrillo, the Alzheimer’s Association chief science officer. "New testing technologies could also support drug development in many ways. For example, by helping identify the right people for clinical trials and by tracking the impact of therapies being tested."

Alzheimer's is the most common type of dementia and usually starts with mild memory loss. There currently is no cure, but there are medications to slow down symptoms.

Researchers found blood tests can accurately distinguish Alzheimer's from other forms of dementia in 89% to 98% of cases.

"The possibility of early detection and being able to intervene with a treatment before significant damage to the brain from Alzheimer's disease would be game changing for individuals, families and our health care system," Carrillo said.

The blood tests specifically for a specific form of tau known as p-tau217. It's a brain protein believed to be the most specific to Alzheimer's disease and the earliest to show measurable changes.

The first cohort, based in Arizona, found that testing for a specific tau protein more accurately detects Alzheimer's than testing for other biomarkers in the blood.

The second group, based in Sweden, found the blood test was better at diagnosing Alzheimer's than those same biomarkers and MRI exams. The test performed similarly to PET scans and spinal taps.

The third cohort, based in Colombia, showed that tau levels begin to increase in people with a rare genetic mutation around age 25 – two decades before symptoms are expected to appear.

Experts say these findings are promising. Not only can the blood test help detect Alzheimer's earlier, but it can be used to accelerate research in new treatments to slow down or stop the progression of the disease.

"This blood test very, very accurately predicts who's got Alzheimer's disease in their brain, including people who seem to be normal," Dr. Michael Weiner, an Alzheimer's researcher at the University of California, who was not involved in the study, told The New York Times.

"It's not a cure, it's not a treatment, but you can't treat the disease without being able to diagnose it."

"While these new reports are encouraging, these are early results, and we do not yet know how long it will be until these tests are available for clinical use," she said. "They need to be tested in long-term, large-scale studies, such as Alzheimer’s clinical trials."