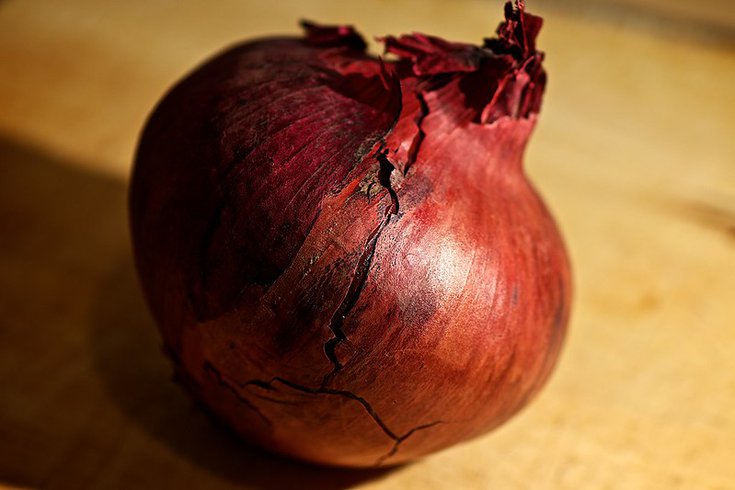 A Salmonella outbreak that has infected more than 1,000 people has been linked to red onions from Thomson International Inc. in Bakersfield, California.

An ongoing salmonella outbreak linked to red onions grown by a California company has spread to 47 states and left 136 people hospitalized.

At least 1,012 people have been infected by salmonella Newport since the outbreak began in June, the U.S. Centers for Disease Control and Prevention announced Tuesday. There have been no reported deaths.

There have been 22 salmonella cases in Pennsylvania and eight in New Jersey. Delaware has had two cases. California has the most with 122.

The outbreak have been traced to red onions grown by Thomson International Inc., of Bakersfield, California. But other types also may be infected.

The company issued a voluntary recall of red, yellow, white and sweet yellow onions on Aug. 1. Various other food products containing the Thomson onions also have been recalled, including cheese dips, spreads, salsas and chicken salads.

A list of the various food products that have been recalled can be found here.

If the source of any onions is unclear, the CDC recommends they be discarded. It also advises restaurant patrons to refrain from ordering food containing onions.

Salmonella symptoms include diarrhea, fever and stomach cramps. They usually appear six hours to six days after being exposed to the bacteria. They persist for four to seven days. Severe illnesses may require hospitalization.

Another salmonella outbreak caused 938 illnesses and one death earlier this summer. That outbreak, which spawned 48 states, was linked to backyard poultry such as baby chicks and ducklings.