Sam Bradford non-committal about wanting to return to Philly 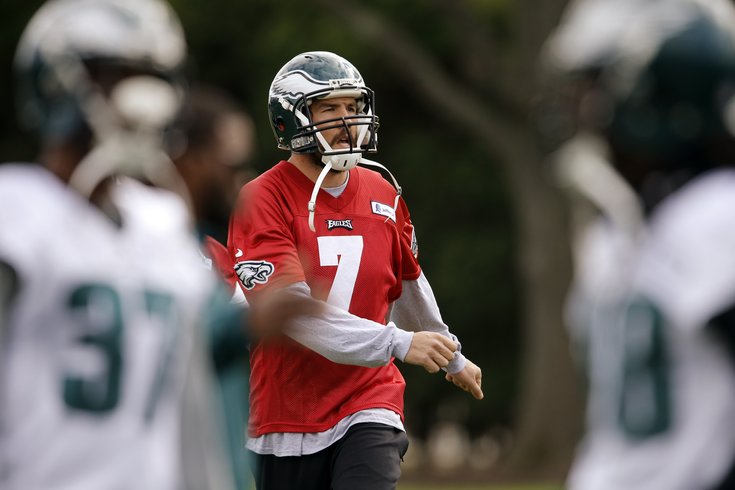 Perhaps the biggest decision the Eagles have to make this offseason, and one that will surely be beaten to death debated by the media and fan base, will be whether or not the Eagles should bring back Sam Bradford.

Earlier this season, Chip Kelly dropped a hint that he wanted Sam Bradford to stay with the Eagles long term. On Monday, he made that message even clearer:

“We’ve always wanted Sam here [long term]," Kelly said Monday, following his team's 23-20 win over the Buffalo Bills. "We wouldn’t have traded for him if we thought he was only going to be here for a year.”

Bradford will be an unrestricted free agent this offseason, just a year after the Eagles traded a second round pick, draft position in the 2015 draft, and Nick Foles for him last March.

Of course, Bradford's return isn't just up to the Eagles unless they franchise tag him, which would be insanity. Bradford would have to want to come back. Today, Bradford was asked about Chip's quote above, and he seemed to want to give no indication whatsoever whether he wanted to be back or not.

"Obviously, it's great to hear those things, but I don't think it really means a whole lot, and it's not going to change the way I approach things," said Bradford. "I'm sure I'll pay more attention to that stuff in the offseason."

When asked if he was looking forward to testing the free agent market, Bradford again was non-committal.

"That's a couple months away," he said. "I'm really just worried about these next three weeks, obviously this week against Arizona."

"I do like it here. Obviously it's a lot different than anywhere I've ever been before. But you know what? I really do enjoy it here."

And then he scratched his beard.