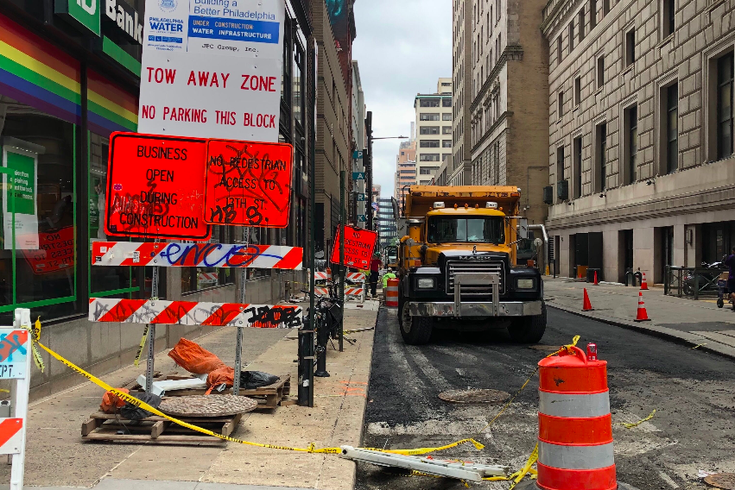 Sansom Street in Center City Philadelphia was closed to vehicle traffic for nearly a year due to a water main break that flooded Midtown Village. With repairs completed by the Philadelphia Water Department and other utilities, the restricted areas will all reopen on June 21, 2019.

The Philadelphia Water Department confirmed Thursday that the project's completion, originally expected at the start of 2019, has finally arrived.

"I think the entire project took longer than hoped for," said John DiGiulio, a spokesman for the water department, adding it cost the department $1.7 million. "Initially, we hoped it would be done before the holidays. There's a lot of moving parts on a job like this. You can do the best you can, but that's why it's an estimate."

At around 4 a.m. on July 3 last year, a 48-inch water main broke near Sansom and Juniper streets, drenching the area in six inches of water before officials could get the situation under control. It was later discovered that 20-inch and eight-inch mains also had been critically damaged when the larger pipe broke, in addition to sewers and power lines.

Several popular businesses and restaurants — like El Vez, Tredici, Lucky Strike and Zavino's, we flooded and were forced to close temporarily. About 1,300 PECO customers were left without power (and during a summer heatwave, air conditioning) as officials assessed the damage.

In approximately three-and-a-half hours that morning, an estimated 14 to 15 millions gallons of water were lost. 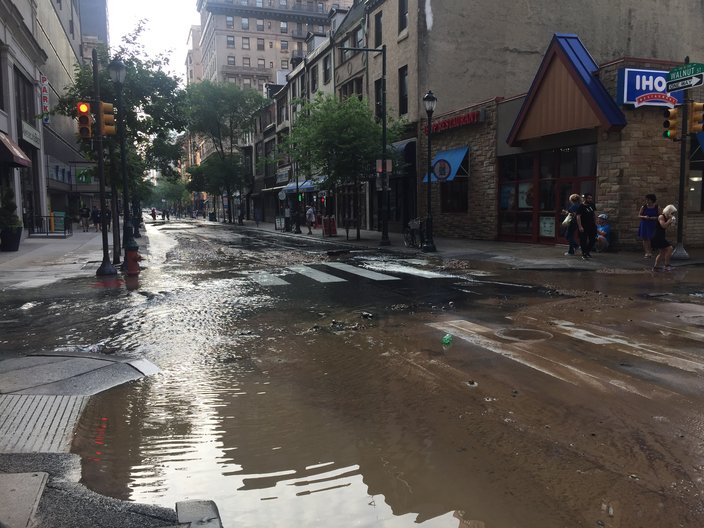 
DiGiulio said the scope of the project was larger than expected and encompassed long periods of work by multiple utilities. Below is a list of the repairs the water department has completed:

PWD work was finished around November, but dlays persisted as various utility and cable companies encountered complications in getting their systems back in place. The cost of their repairs was not immediately known.

While DiGiulio would never guarantee another water main break like this won't happen, he said he believes the work that was done will make another one in the area extremely unlikely.

It may have taken a year, but the nuisance will at last be resolved for Center City drivers and businesses.

"I want to thank everyone in this community for their patience and understanding during this extremely challenging project," said Sarah Stevenson, acting water department commissioner. "With any large scale infrastructure repair or improvement, we strive to reduce our impact to business and residents as best we can. Sansom and S. Juniper was a particularly complicated work zone, and everyone we worked with really stepped up to the plate to finish the job."