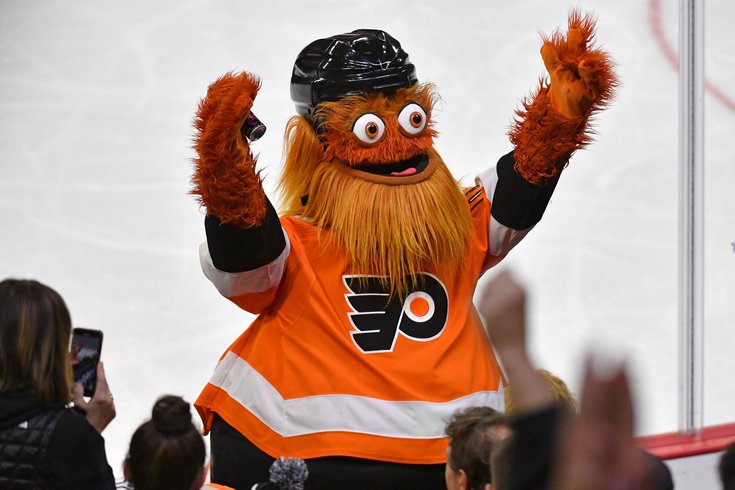 Gritty might be a free mascot now, but that doesn't mean he's going to get off the hook when it comes to late-night jokes.

SNL’s “Weekend Update” segment poked fun at the Philadelphia Flyers’ mascot two weeks ago after he was under investigation by the Philadelphia police for allegedly physically assaulting a 13-year-old boy at a season ticket holder event this past November at the Wells Fargo Center.

Now that the police have decided this past Monday not to press charges against Gritty after finding that “the actions of the individual portraying the Flyers' mascot did not constitute physical assault as alleged”, NBC’s weekly comedy show had to revisit the topic.

After introducing the story during the “Weekend Update” segment of the show, comedian Colin Jost delivered his punch line.

“He’s been cleared, and in return, Gritty has agreed not to blow up the hospital” Jost said to the response of laughter.

Later on in the segment, Jost was talking about a story of researchers developing a type of yarn made from human skin to stitch up wounds when he decided to take another shot at the Flyers’ mascot.

“Incidentally, yarn made from human skin is what Gritty is made of” Jost said.

You can watch the entire segment making fun of Gritty here.

“Saturday Night Live” wasn’t the only late night show to rip Gritty this week in the wake of his acquittal and innocence. Comedian Conan O’Brien made fun of the Flyers’ mascot during the opening monologue of his show “Conan” this past Tuesday night.